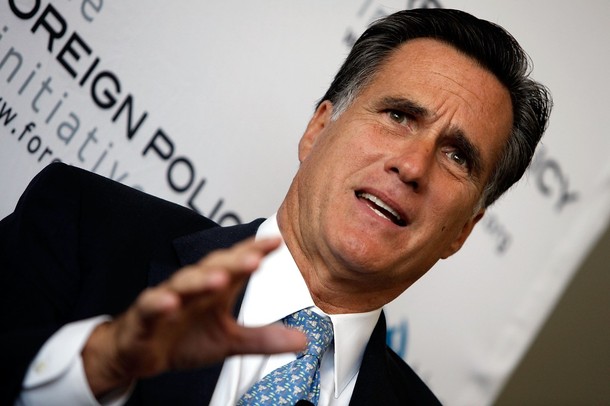 Move over, Newt Gingrich and Herman Cain. Mitt Romney wants to bring his anti-gay presidential campaign to the gay-friendly confines of Midtown on Wednesday. As if Georgia’s two home grown candidates and their anti-gay express isn’t enough this campaign season, Romney arrives on Wednesday afternoon to pick up cash and no doubt dump some sound bites like the one he leveled after Tuesday’s Prop 8 decision.

“Today, unelected judges cast aside the will of the people of California who voted to protect traditional marriage. This decision does not end this fight, and I expect it to go to the Supreme Court. That prospect underscores the vital importance of this election and the movement to preserve our values. I believe marriage is between a man and a woman and, as president, I will protect traditional marriage and appoint judges who interpret the Constitution as it is written and not according to their own politics and prejudices.”

Romney’s visit to Atlanta – first to the gay-heavy design and art district on Armour Drive, then to the uber-gay W Hotel Midtown – comes as the once moderate Republican is taking a hard right turn to fight for social conservatives. Note to Mittens: Welcome to the gayborhood. But avoid this lady while you’re in town.