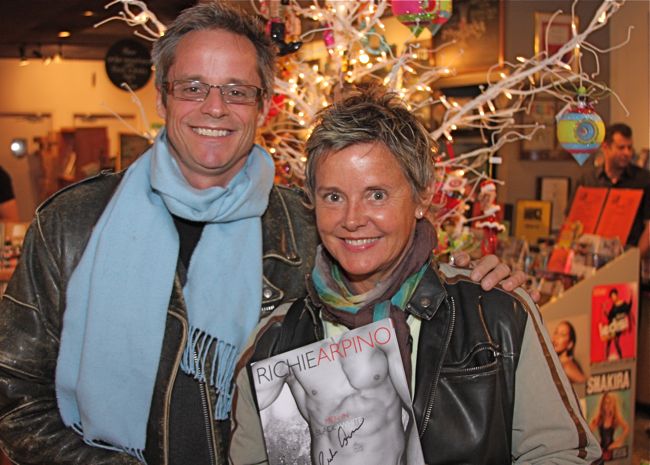 Gay foodies rejoice: Actor turned restaurateur Mitchell Anderson — who is coupled with photographer and celebrity stylist Richie Arpino — wants to bring his sandwich shop concept to a neighborhood near you.

Anderson opened MetroFresh on Monroe Drive more than four years ago, quickly becoming a hit serving up healthy soups and artfully made sandwiches to Midtown residents and local celebs such as former Mayor Shirley Franklin. He also supports LGBT groups by providing munchies for some HRC receptions, dishing to the Atlanta Executive Network and supporting the Atlanta affiliate of Out & Equal Workplace Advocates.

Now, he wants to expand his boutique sandwich enterprise and turn it into a mini-empire by opening three more shops called MitchWich over the next 18 months in neighborhoods such as the Fairlie Poplar district, the Westside and Decatur.

MitchWich will feature a 1,000-1,500 square-foot floor plan with a “warmer and woodsier feel” than MetroFresh but with a slightly different design for each location. Anderson has worked with a brand development firm over several months to develop the concept that will continue his food philosophy without duplicating the style of Metro Fresh. It will serve a breakfast and lunch menu focusing on sandwiches made with quality, organic ingredients, along with some soups and salads crafted by Anderson and his executive chef, Byran Kraatz.