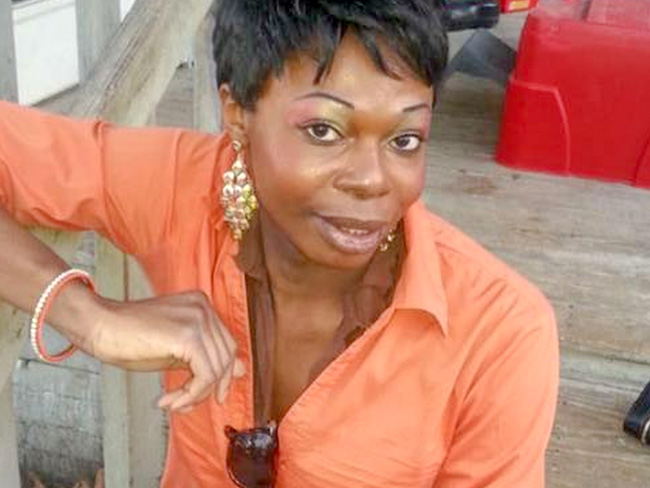 DNA test results confirmed that human remains found in Macon over three years ago are those of a missing transgender woman, according to police.

Dymun Dupree, 26, was last seen leaving home late one evening in April 2016, according to Warner Robins police. Dupree’s cousin Victoria Clark told police that Dupree (photo) was going to hang out with friends and never returned, according to the Macon Telegraph.

A man found a badly decomposed body and decapitated head while mowing grass at a vacant lot on Feagin Road in Macon the following month, according to 13WMAZ. Police said the victim had been shot in the head.

Police took a cheek swab of Dupree’s mother, Frankie Allen, to compare to the victim’s remains. Allen was confident that her daughter had been murdered, according to the Macon Telegraph.

“The Lord’s going to reveal it all after a while,” Allen told The Telegraph two years after the slaying. “My child ain’t coming back.”

DNA test results confirmed the body was Dupree’s, according to a Sept. 27 press release from the Bibb County Sheriff’s Office.

Police continue to investigate Dupree’s death. The Bibb County Sheriff’s Office asked anyone with information on the incident to call them at 478-751-7500.