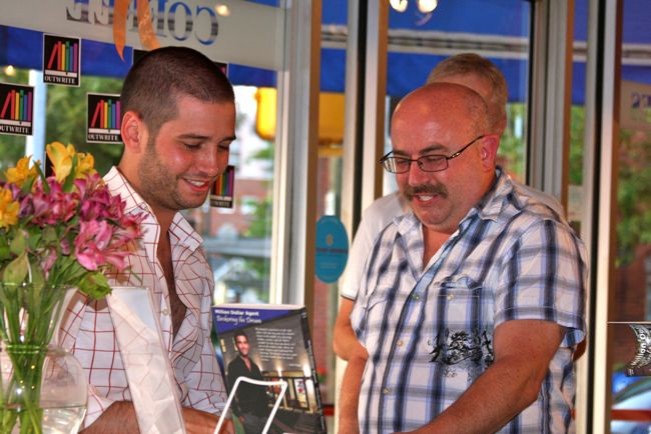 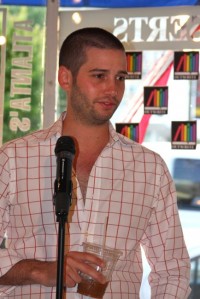 Fans of Bravo’s “Million Dollar Listing” were in for a treat when the big-ticket real estate reality show’s prickliest gay Josh Flagg stopped at Outwrite on Friday to sign copies of his memoir “Million Dollar Agent.” Flagg (top photo) shot to instant popularity when he joined the second season of the show in 2008. He quickly added his own brand of sharp retorts to the mix along with storylines that eventually included his boyfriend Colton Thorn and what to leave in and what to leave out of the memoir as he wrote it. Ultimately, the book includes most of the dirty details, from Flagg’s childhood to today’s lavish lifestyle selling high-end properties in Los Angeles neighborhoods of the rich and famous. Flagg warmed up to Atlanta with a visit to the weekly Indulge Party on Thursday at the W Midtown before Friday's Outwrite appearance. His infamous onscreen aggressiveness comes from a full-tilt passion for his work that was on display at Outwrite. Fans got a taste of his sharp wit as well as that winning smile as he chatted up the crowd and entertained questions about himself and the dog-eat-dog world of real estate. Photos by Sher Pruitt