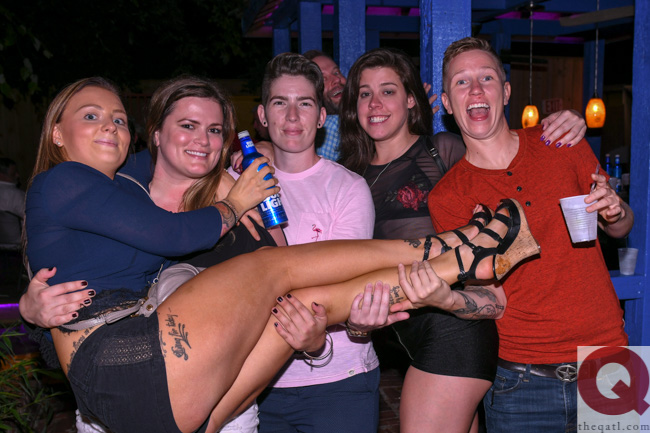 The evolution of LGBTQ Atlanta nightlife continued on Saturday with the grand opening of Midtown Moon,the venue that took over the space that was once home to Burkhart's.

The event featured door prizes, a model underwear auction, a dunking booth featuring Speedo boys and drag queens, a drag show featuring the Atlanta Rainbow Trout and wrapped up with the Divas of Moonlight Cabaret with Shavonna B. Brooks.

The bar replaces Burkhart’s, the once-popular Ansley Square bar whose business imploded in January during a controversy over racist social media posts from former owner Palmer Marsh. The bar's entertainers quit, a public forum showed that racism at the venue ran deeper than just its owner, and its general manager was fired. Burkhart's closed its doors in February.

Penna and McDonald announced during the annual Easter Drag Races event that they had closed on a deal to buy the bar, and they've been instituting changes and updates ever since. Patrons got a first look at the space during a soft opening in May.