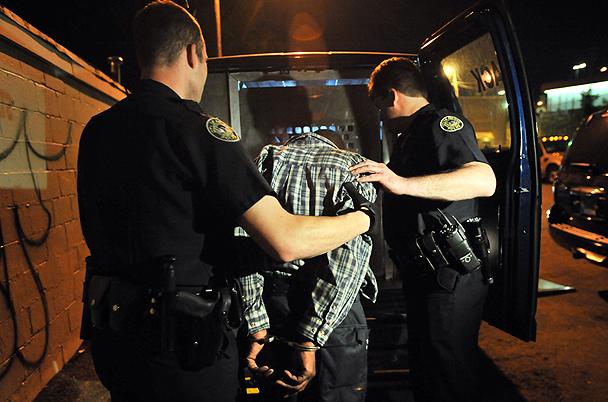 Stymied by backlash over a proposal to banish sex workers from the city, Atlanta on Friday announced the creation of a commission to study the issue that's stacked with city officials, cops and an activist who's fought gay bars and transgender prostitutes. The 16-member Working Group to Reduce Prostitution, announced Friday, includes at least three LGBT activists -- Jeff Graham, executive director of Georgia Equality; Xochiti Bervera, director of Racial Justice Action Center; and Terence McPhaul, YouthPride's director. But McPhaul has come under intense scrutiny for his leadership of the gay youth group, driven it to the brink of collapse and refused to work with group of LGBT volunteers who wanted to help rebuild the non-profit. Eight other members of the working group are city officials, prosecutors or police. Also on the list: Meanest woman in Midtown Peggy Denby, whose Midtown Ponce Security Alliance has waged an offensive war on "thugs in drag." The working group comes a few weeks after a public backlash derailed efforts by the Atlanta City Council to pass legislation that could banish sex workers from the city. LGBT activists joined with other critics to oppose the plan. The city backtracked and put the measure on hold until the new task force digs in. "Maintaining safe neighborhoods and effectively reducing prostitution are the guiding principles for any legislative remedy and should inform the collaboration of the newly formed Working Group to Reduce Prostitution," Duriya Farooqui, Atlanta's chief operating officer, says in a prepared statement. "The City has clearly heard the concerns of residents and businesses across the spectrum of this issue. We believe continued discussion can result in an improved proposal as well as strong collaboration with the service and advocacy organizations already making a significant difference." The city says the working group will schedule public meetings to discuss the issue. The task force is charged with developing a proposal for curbing street-level prostitution:

The proposal should give the Atlanta Police Department additional tools to fight prostitution, fairly and appropriately address the demand and the supply side of the issue and draw on the best practices in place across the country to deter street-level prostitution.

The full list of members of the working group: