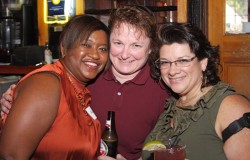 The lesbians of Fourth Tuesday so enjoy Midtown and Midtown so enjoys them that the social group returned its monthly gathering there last Tuesday for an evening of cocktails and dinner at Cowtippers.

About 40 women were on hand for the evening, which was the third time since January that Fourth Tuesday shifted its popular dinners from Decatur to a Midtown venue. In January, an evening at Einstein’s drew more than 50 women. 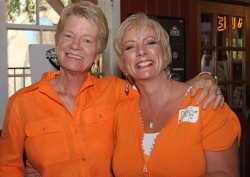 The Aug. 24 event marked the first time Fourth Tuesday enjoyed Cowtippers since it restarted its latest dinner series in November.

Up next for Fourth Tuesday: Its monthly happy hour at Bellissima on Sept. 10. The group is the social networking arm of the Atlanta Lesbian Health Initiative and has several chapters across metro Atlanta.