Crime reporting is never an exact science. Investigating a criminal act isn’t as clear cut as “CSI,” either. Mix the two and, well, you get results like the ones seen in the case of John Evans.

Evans is the gay waiter who was brutally attacked after leaving a Midtown gay bar on March 8. He suffered broken teeth and other facial injuries during the attack and a questionable police response since.

What’s left to be sorted out in the wake of the attack is exactly what happened that night and why a week later, details about the crime continue to contradict one another. Back to my opening point – crime reporting and criminal investigations aren’t exact and often get in the way of one another in high-profile incidents like this one. Police would prefer to conduct their investigation in quiet without the glare of the media spotlight; reporters, on the other hand, want to inform the public about what happened and help protect others.

But as I’ve witnessed in years of covering crime both as a reporter and editor, the two seldom mix well. 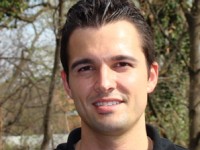 That brings us back to the John Evans’ attack. As details trickled out last week, each one seemed to contradict the other. Initially, an off-duty detective working the door as security at Blake’s on the Park seemed to blame the victim to throw off any concern about security at the bar and whether the venue played a role in the attack. (They didn’t.)

Then a friend of the victim said a family member termed the attack a hate crime. In the absence of the victim speaking publicly – he didn’t until several days later – the media went with what they had, which was second- and third-hand accounts. Insert a concerned public and gay community always ready to bounce if a hate crime is suspected.

Then the Atlanta Police Department, after interviewing Evans three days after his initial harried reporting of the crime to the off-duty detective, dubs the incident a hate crime. Hours later, the department backtracks again and says they are investigating the incident “as a possible hate crime.”

Then Evans speaks out, first to Southern Voice and then to the Atlanta Journal-Constitution. The interviews only serve to stir the already muddy facts around the case by offering new inconsistencies. But let’s be clear – it’s not unusual for the details of an attack given by a victim to change from the initial report just minutes after the trauma to days later after rest, medical care and reflection. It doesn’t take away from the fact that a crime took place, but it does confuse the public profile being drawn of the case.

Several key facts of the case remain in flux:

• Time: The initial report says the attack took place about midnight after Evans was booted from the bar for being drunk. Evans says that attack happened about 10 p.m. and he wasn’t asked to leave.

• Slur: Evans says his attackers called him a “faggot” and demanded money. The initial report includes no mention of the slur.

• Robbery: Evans says his wallet wasn’t taken, but an officer that interviewed him last week says the victim reported his wallet being taken. Evans says his attackers wanted him to withdraw cash from an ATM using his debit card.

• Hate crime or crime of opportunity?: The police are investigating the attack “as a possible hate crime,” though Evans says he’s not sure it was and could have been a robbery. In reality, the label makes little difference in how police investigate. It could be a hate crime or it could be a case of criminals going after drunken prey leaving a bar. Police just want to nab the perps and clear the high-profile case with arrests.

In the wake of the attack, Georgia Equality called for the public to pressure lawmakers to pass a hate crimes law while pointing out that the state is among just five that don’t offer one. A Facebook group was formed and Take Back Georgia has more than 1,000 members. A social group that meets on Thursdays for cocktails at an upscale bar scheduled a fundraiser for Evans this week.

The glare of the public spotlight doesn’t help. Atlanta is already on edge about crime in the aftermath of several high–profile cases amidst police furloughs. All of the rushing to judgment and calls for political action add pressure to a police department that already seems like it’s bungling the case.

Somewhere in metro Atlanta, the thugs that attacked Evans are laughing at all of the hyperventilating about their work last Sunday. Don’t forget that it was just last November that police were searching for the “Midtown mugger” who was brazenly targeting people in the same place Evans was attacked. What happened in those cases? Nothing as far as we can tell. Is there a connection here?

Don’t get me wrong. The public attention helps make the rest of us more aware and hopefully a little more safe. It could also keep the police department from sweeping under the rug a possible bias crime they at first dismissed as an unfortunately routine robbery.

But it’s messy – for the media, the police and most of all, John Evans who came out as gay just a few months before the attack.