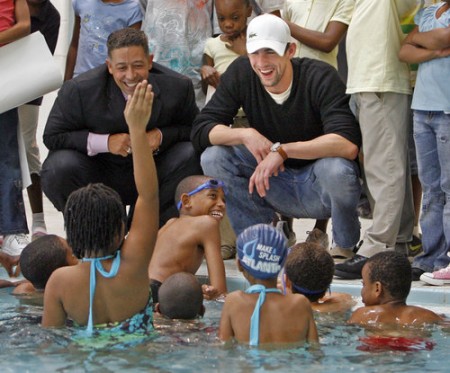 The record-setting Olympian hates pickles. He also must have a cellphone, his worst habit is sleeping through the alarm and Michael Jordan is his biggest influence. Those little nuggets came out during Phelps’ stop in Atlanta on Wednesday as part of a nationwide tour to talk to children about setting goals and maintaining active lifestyles. Unfortunately, he was fully clothed in jeans, sweater and hat.

Moving forward, Phelps wants to promote his sport so that swimming isn’t seen as just an Olympic-year event. And in 10 years, he says, he’ll be retired and playing golf full time. (He’ll be 33 then, you know).

But for now, he says he’s enjoying the post-Beijing blitz and looking forward to London —- and seems never to tire of talking about his triumphs in China.

“It’s one of the coolest things, representing your country, wearing the Stars and Stripes, hearing the national anthem play,” he said. “It’s been an amazing accomplishment, something that hasn’t really sunk in yet.” 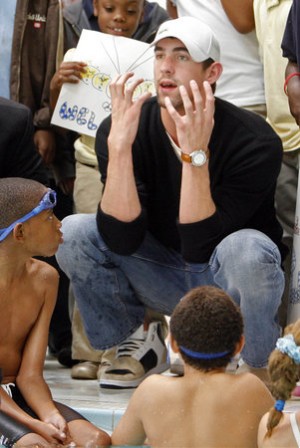