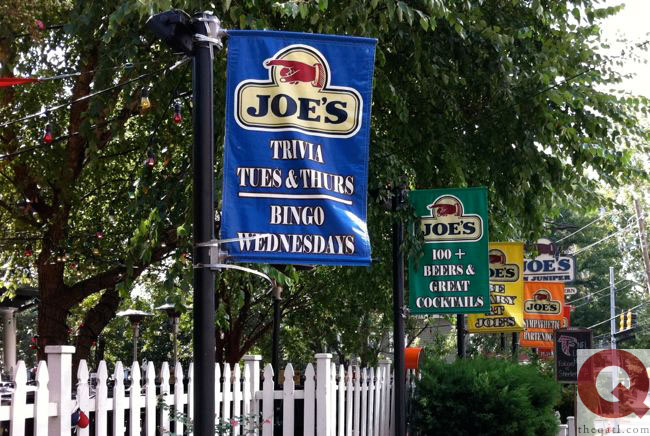 An LGBTQ-popular restaurant company launched a fundraiser for employees as it temporarily closed operations due to coronavirus. But some employees call it an attempt to cover up money troubles that existed before the pandemic.

Metrotainment Cafes closed Einstein’s, Joe's on Juniper, Sugar Shack, Metrotainment Bakery and Epic Events due to the threat of coronavirus, according to a spokesperson. Four of its six Hudson Grille locations remain open offering takeout.

On March 21, Operations Director Russ Adams launched a GoFundMe campaign for employees affected by the closings, hoping to raise $10,000. The company has 450 employees, a spokesperson said.

Operations have been severely impacted at all Metrotainment locations. The staffs at each location have pulled together during the most difficult times to serve our guests. Resources are slim for the teams. Anything will help! We’ve given all perishable foods to our staffs and dedicated every internal resource to help keep funds flowing to employees. Any donation will go directly to front line employees.

The campaign had $700 in donations as of Tuesday.

“I honestly trust none of it,” said the employee, who asked to remain anonymous. “I question his intentions.”

The employee claimed that Metrotainment’s hourly employees have received less than half of what they are owed, and that the payment issues started long before the coronavirus pandemic.

“Metrotainment has only given excuses for the payment issues, but those of us who are long-time employees had suspected bad business since the closure of their other restaurants,” the employee said. “Some of the excuses for the back pay have been the lack of business issues ranging from rainy days to most recently blaming it on the virus.”

In the wake of the Coronavirus pandemic, many service workers have faced the unexpected reality of unemployment. On March 19th, 2020, Metrotainment Cafes had closed six of their establishments, Joe’s on Juniper being one of them. Many of the employees at Joe’s on Juniper were let go without receiving their final paycheck and those who did receive them only received 40% of their pay. Currently, Metrotainment Cafes have set up a GoFundMe to help their business recoup all the money they were behind on, but are doing little to help make sure their employees are taken care of.

This GoFundMe is to help each employee directly during this time of uncertainty and fear. We are pledging to raise $50,000 to help those employees who were affected by this pandemic with their bills (rent, utilities, etc.), as well as for food and supplies. We greatly appreciate those who have supported us and made working at Joe’s on Juniper a wonderful experience and we are extremely grateful for those who are still supporting us.

'They were out of money before the virus hit'

Loredana Seard, who works at Metrotainment Bakery on Logan Circle, said the company's payment issues go back to August. She said the company last paid its employees on March 4, but some co-workers told her the checks bounced.

“I got a check for some amount a few days ago but it doesn't look like a real check and there are no hours, tax info, rate of pay or any other information to let me know how they came up with that amount,” she said. “I'm scared to cash it because it all seems sketch.”

“They have been closing down restaurants for over a year, and for them to say [the fundraiser is] because of the virus is laughable and immoral,” she said.

Gay Atlanta resident Mike Partch was a bartender at Hudson Grille on Marietta Street since 2014. He said he left the restaurant in January “because of poor management.”

“At this time, they were just starting to have issues with money and tips,” Partch said. “Though I never personally had issues, all of my old coworkers have all confirmed they have had issues getting either tip money owed, and issues with paycheck amounts.”

The coronavirus pandemic put Metrotainment further behind in payments, according to Partch.

“I do think that the [GoFundMe] account was set up as a guise to ‘support’ their employees,” he said. “They were out of money before the virus hit.”

Metrotainment CEO Jeff Landau said the coronavirus pandemic has cost the restaurant company most of its business.

“If the coronavirus was not occurring, this would not be an issue,” he said in a statement. “Since this began, we are seeing catastrophic losses upwards of 90 percent of our regular business.”

“The financial difficulties we are experiencing are caused entirely by the coronavirus,” he added.

Metrotainment is two weeks behind on getting “full paychecks” to its employees, according to Landau.

“We have applied for the Small Business Administration loan, as advised by our national government, and also have filed insurance claims,” he said.

The GoFundMe campaign set up by Adams is legitimate, according to Landau.

“None of the monies were ever marked to be put into payroll, ever,” he said. “The GoFundMe was setup as an additional fundraiser for our staff, and our staff only.”

Landau also said they have “every intention” of re-opening all Metrotainment locations once the coronavirus pandemic is no longer a threat.

Several servers at Joe’s on Juniper filed a federal lawsuit against Landau and Metrotainment in 2014. The servers alleged that they weren’t paid minimum wage and overtime, and that the eatery violated federal labor laws.

Metrotainment Cafes filed for Chapter 11 bankruptcy in 2013 to fight its way out of $2 million in defaulted loan payments.

Read our full coverage of the coronavirus pandemic here.