MetroFresh overcomes 2020 challenges to save both locations 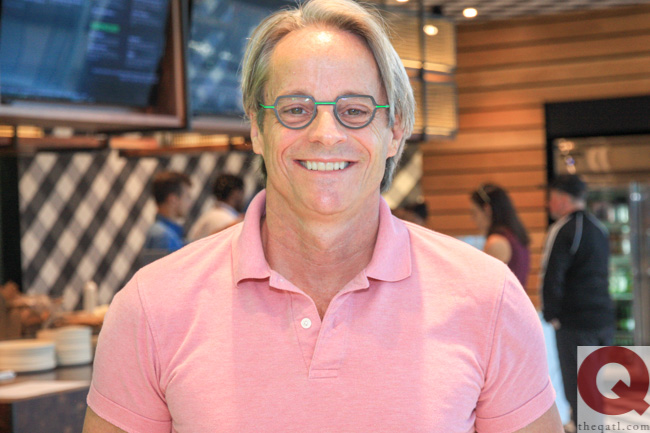 When he’s not warming bellies with fresh-to-order sandwiches, soups and salads, he’s warming hearts in acting roles. MetroFresh’s Mitchell Anderson has seen a lot, but the pandemic threw even him for a loop.

“The last seven months have been, by far, the most challenging of my adult professional life,” he told Project Q. “The impacts on my business, my employees, my husband and I will be felt for years.”

The second business-lunch savvy location of MetroFresh in Midtown Plaza opened late last year. With only six months of foothold in the tower, Anderson had to close MetroFresh Uptown immediately and furlough the employees.

“One day we were fine, and the next we were closed,” he said.

With a decade and a half difference a few miles away, he tried to hang on as long as possible to keeping the original Midtown Promenade location open.

“As the head of the company, I feel particularly responsible to both my employees and to my customers,” he said. “I was also, like my fellow small business owners, completely freaked out that 15 years of work was going to be wiped away in a month.”

Anderson called March the “dark days,” when a lack of leadership at the federal and state level left him at odds about how to handle it.

“Everyone, it seemed, had an opinion about what we should do, how we should do it, what was safe, what wasn’t safe,” Anderson said. “Without guidance from ‘above,’ we just had to ‘fight it out’ amongst ourselves.”

“Of course, my first responsibility was to keep people safe, but I had to weigh that with keeping my business viable,” he continued.

Closing the original location for a time at the end of March took its toll on Anderson emotionally, he said.

“It was devastating to me personally, because even though none of it was ‘my fault,’ I felt like had failed — myself, my husband, my employees, and my customers,” he said.

As the calendar turned to April, the tide turned for MetroFresh as well. A twice-weekly pop-up shop for delivery or pickup lasted through May. Staff was furloughed except for a couple of cooks and delivery drivers, but they were able to collect unemployment. MetroFresh was also able to get in on the Payroll Protection Program, which finally allowed Anderson to pay his fulltime people.

“After I pulled myself together from the initial fear, I threw myself into work,” Anderson remembered. “I was pretty much a one-man show for much of the time before we re-opened. Working hard has always been a sort of refuge for me, and I didn’t have time to sit and worry.  I have tried hard to keep my spirits up by staying in the moment and not getting ‘too far over my skis.”

Even the second location in the Midtown Plaza tower is back. On Tuesday, it started serving business people as they slowly return to the office buildings in the area to work. Both MetroFresh locations are still focused on takeout, but there is seating on the patio with single-use utensils.

“We also continued to do ‘take-and-bake’ dinner entrees that were a huge success during our Pop Up deliveries,” he added. “This has been a good change that we will most likely continue for a while.”

So is he ready to put this all behind him and move forward?

“So ready! While our business at the original store has come back to about 50 percent of normal, that is not a sustainable number going forward,” Anderson said. “Without additional government help we will all be hurting in a very short amount of time.”

Still, he tries to remain hopeful for the future, and he believes in MetroFresh and MetroFresh Uptown. There are good days and bad days, and sometimes both at the same time.

“I do believe we will survive, but I want people to know none of it is certain,” Anderson said. “We will need every bit of support we can get until the pandemic is finally in the rearview mirror.”

About that acting career: The second season of the Emmy Award-winning series “After Forever” premieres during Out on Film on Sept. 29.

With fingers in pies across LGBTQ Atlanta, Juan and Gee Smalls are predictable in only one way: unpredictability. Earlier this month, the event planners-cum-fundraisers-cum-creators-cum-restauranteurs grabbed...
Read more
Community

‘Thicc b*tch’ loves himself through ‘Too Large’

What started as a dream for one trans woman out to make life better for underserved trans Atlantans hit two major milestones so far...
Read more