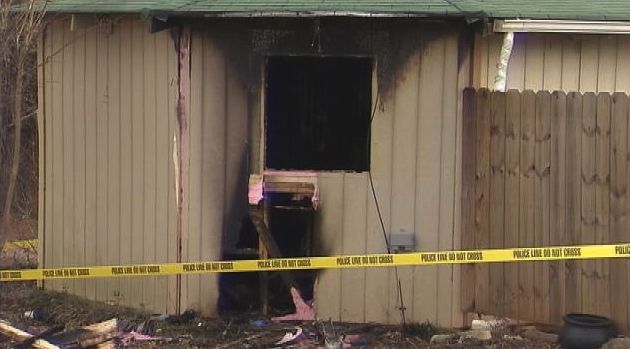 Vandals threatened a gay man in Carroll County on Saturday by throwing a rock wrapped with anti-gay slurs through a window and then, hours later, apparently setting his home on fire.

Chris Staples, 43, woke up about 6 a.m. on Sunday with flames filling his bedroom in his home, a converted pool house off a quiet area of Highway 27 near Walker Lake in the county west of Atlanta. He escaped without serious injury, according to media reports.

The rock, thrown threw his window Saturday about 8:30 p.m., said Staples would burn in hell for being gay, according to WSB. [VIDEO]

“I was watching TV and just finished smoking a cigarette and I heard this big thud. Boom!” Staples told Channel 2’s George Howell.

The rock had a threatening note attached.

Wanda Morris, Staples’ mother, told the Times-Georgian that her son is disabled and has lived there for years as openly gay man without incident.

“We have lived here for 31 years and have never had any trouble,” Morris said. “I mean, everyone knows him and he doesn’t bother a soul. I just don’t understand. He’s a good person and everyone who knows him calls him ‘Brother.’

“He’s disabled and has been very sick. He hardly every leaves the house so I just don’t understand this kind of hate towards someone they obviously don’t even know. But the note read like someone just found out that Chris was gay and was the most hateful, sickening thing I have ever read. If the words weren’t enough – this? He could have been killed.”

“Right now we are focused on the who and then we’ll find out the why as we move forward with this investigation,” Taylor said. “Let’s just say it was a threatening message and leave it at that for now. This is an active investigation and I can’t say much more than that. Finding out who is responsible for this is our top priority.”