Chorus does its karaoke best with Big Gay Sing 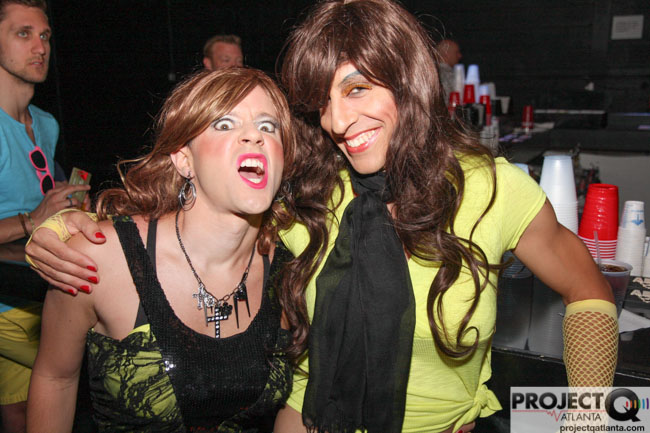 Karaoke and gay bars go hand in hand. But it's never done quite like this: With members and fans of the Atlanta Gay Men's Chorus singing their way though the gay standards of yesterday and today.

But they are gay singers. It's what they do. So they debuted Big Gay Sing! on June 15 at Jungle, a night that wouldn't quite be complete without a little drag competition.

The karaoke warm-up came ahead of the chorus' summer concert. Singing Out Proud is set for performances on June 28-29 to close out Stonewall Month.

Pride. Milk. The two words are inextricably linked in the gay-rights movement. Much of what we would consider the best of “out” gay culture — community choruses, bands, sports leagues and more — can directly trace their roots to icon  Harvey Milk. That includes the  Atlanta Gay Men’s Chorus, formed just three short years after Milk as the first openly gay man to be elected to public office and San Francisco Mayor George Moscone were gunned down in their offices at City Hall in 1978.

To commemorate Milk’s legacy and message of openness and inclusion, the AGMC is proud to be among a partnership of several LGBT organizations across the country presenting the premiere of a newly commissioned work titled “I Am Harvey Milk” in Singing Out Proud: From ABBA to Gaga’’Friday and Saturday, June 28-29 closing out  Atlanta Pride’s Stonewall Month.

The piece will be the opening act of the AGMC’s summer concert, sponsored by Emory University’s Hope Clinic and presented in three performances at  Glenn Memorial Auditorium on the Emory campus in Decatur.