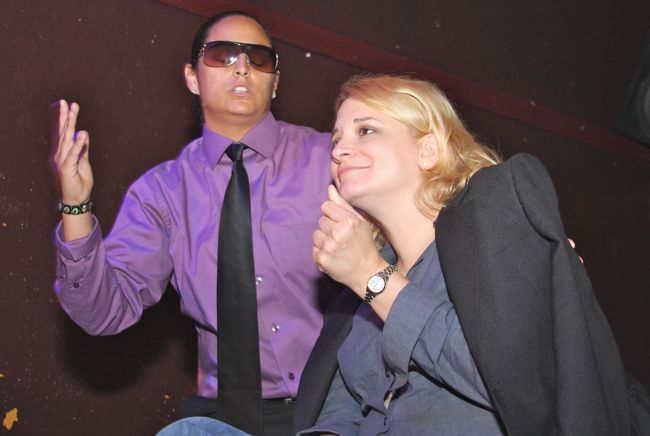 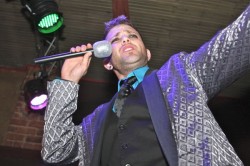 Powerhouse lesbian radio personality Melissa Carter spent Saturday night amongst fans and friends during an evening with a split purpose: bid her a fond farewell and fundraise for her charity.

Carter (top photo right) is in her last week as co-host of Q100’s “The Bert Show,” ending her long run as Atlanta’s first – and only – openly gay radio host on April 15. She’s been mum on her next step, offering few details when asked on Saturday during the event at My Sister’s Room. 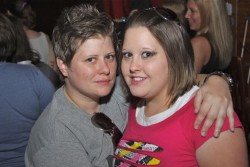 But after all, the evening was more about raising funds for the Melissa Carter Transplant Fund, the non-profit established when Carter reached her five-year anniversary of her life-saving kidney transplant in 2002.

Saturday’s event included an “American Idol”-like drag show competition in which Carter served as a judge. Host Chase Daniels (bottom photo) teased Carter throughout, hyping up a mock rivalry between Carter and Kim Zolciak, a cast member of Bravo’s “The Real Housewives of Atlanta.” Carter has made fun of Zolciak’s attempts at becoming a recording artist with “Tardy for the Party” by creating her own song, “Unplugged.” The two women – or at least their drag versions – battled over the songs during Saturday’s show. 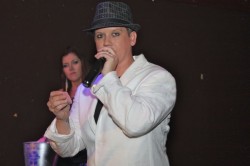 With Carter just days away from turning off her mic, she’s replaced her profile photo on Facebook with a countdown. On Saturday, she posted photos of the office desk she just cleaned out. On Monday, she shared an album of personal and work-related photos from years past.