Meghan Trainor should bring this to Atlanta Pride 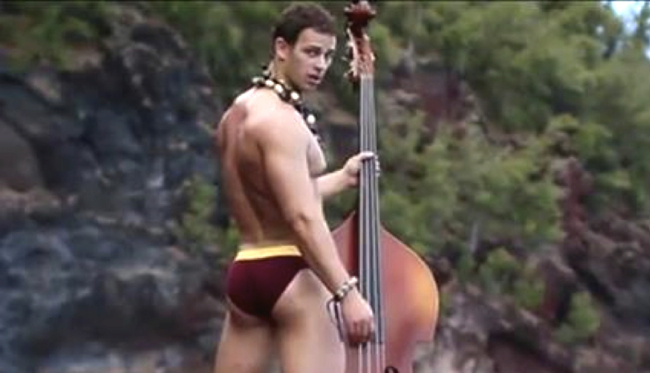 Singer Meghan Trainor says she’s bringing booty back, but gay favorite Bryan Hawn counters that it’s already been brought. The fitness model known for his ample backside parodies the upcoming Atlanta Pride entertainer in a new video we can’t stop watching.
You may remember Hawn, but probably not, from “More Than Enough,” the saccharine No. 1 music video on Logo for a minute in 2008. Even though he is a self-publishing singer who got a smidge of traction, it’s far more likely that his billboard body got your attention in shopping districts across the country. Or in our Morning Fix of beefcake.
It’s either one of those things, his hyena training on Animal Planet (yes, really), or his workout book “The List” – and its biggest selling point, Hawn’s ass. “I love you with all my butt,” the booty peddler says on his website. “I would say all my heart, but my butt is bigger.”
All about that bass indeed. Hawn teases with it to Trainor’s hit above, but he shows it off even more in his Jason DeRulo “Wiggle” parody. No treble. No shyness either, but then this is the guy who gets 500 likes just for “underwear shopping.”
Meghan Trainor hits Piedmont Park as part of Atlanta Pride on Oct. 11. Sadly, there are no published plans for Hawn to accompany her.