Looking to capitalize on the reality TV craze while busting myths about lesbians, producers of “The Real Women of America” have cast a trailer with a diverse set of local women as its would-be stars.

With lofty goals to produce a “Real Housewives”-type franchise and expand into cities including New York, San Francisco, Miami and Dallas, among others, producers A.L. King, Tina Crittenden, India Alston and Chamique Holdsclaw are starting right here at home with a diverse group of locals.

“’The Other Women of America’ promises to dispel the myths on the lives of lesbian women, their families, their relationships, their careers, their social circles, their spirituality, and most of all, their place in America,” according to the show’s website.

To that end, watch the video trailer above and see if you’d like to be a sponsor as the group seeks a network home. Or you can just keep an eye on them via Facebook and Twitter.

In the meantime, here’s the scoop on five of the 10 lesbians chosen to represent Atlanta on the show.

Nate is a D.C. native, but definitely an Atlanta girl at heart! She has a very small family which only includes her 6-year old daughter and an older sister to whom she’s very close and who serves as her “shield of support.” She’s all about saving our planet, grooving to 70s/80s classics, and going wherever the wind blows her… but she’s very up to date on the latest electronic gadgets, celebrity gossip, and hottest fashion trends.

Motto: “The Beat Goes On”

Paula currently serves as the financial director of an early learning institution and as a dental management consultant for Atlanta based offices. Her private life is full of fun and chaos. She also shares the responsibility of raising three children, three dogs, and three cats. She lived the majority of her life out West, but her career moved her to the South and she is happy to be experiencing a different way of life.

Motto: “No matter what.” 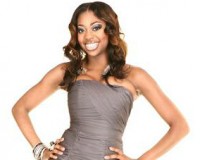 Antionette is beautiful, confident, ambitious and compassionate free spirit who works hard but makes sure she has time to play. She strives to create the perfect balance of intelligence, drive, beauty and fun. A student, she is following her dreams to be a groundbreaking entrepreneur in the fashion industry.

Motto: “Cherish your goals and dreams as they are the children of the soul, blueprints of your ultimate achievements.”

Sue Anne is an Atlanta-based business owner specializing in marketing strategy and event production. Her company, ideaLand, has a diverse client list of some big-name companies. A native Georgian, Sue Anne is an avid essayist, a published writer and poet as well as a singer. Sue Anne is also a paranormal enthusiast, Buddhist, proud mother of a teenage daughter and open to life’s adventures.

Motto: “Life is nothing if not connection”

Eleni is a New York transplant from a prominent restaurant family that fell from grace as the economy crumbled after 9/11. With their last dollars, the family opened a humble flower shop in Buckhead where she works side by side with her family to create a successful business. Now the 27 year old is determined to create her own legacy, and her straight-forward personality and “think it, speak it” attitude create a perfect recipe for reality TV.

Motto: “The best way to predict the future is create it.”

Read bios on the whole cast.