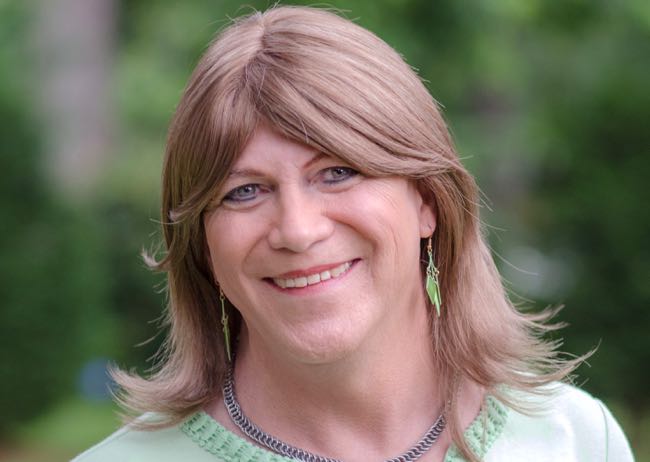 Stephe Koontz – a small business owner and church administrator – is running for the Doraville City Council, hoping to become the city’s first transgender elected official and help guide it through future growth and redevelopment.

Koontz is running for the District 3 post and is one of at least two LGBT candidates competing in three open city council races in the small DeKalb County municipality. If Koontz wins, it would return an LGBT council member to the city for the first time since 2013. That’s when Brian Bates was defeated in his effort to win a second full term on the council.

Koontz, 58, has called Doraville home since 1985. The housing market and nearby retail and transportation options attracted her to the city.

“I grew to love the city and the country living feel the neighborhoods have,” Koontz said.

Recently retired, Koontz has owned and managed several auto repair shops, worked as a church administrator, volunteers and serves as a director for the Presbytery of Greater Atlanta and as lieutenant governor for the North Atlanta Division of Kiwanis service clubs. She stepped into the council race after serving on the steering committee that developed the “Design Doraville” comprehensive plan last year.

“I realized that now is a pivotal point for the future of the city. I have been involved in the political community here for almost 20 years, but I felt this was the right time to jump in and run for a city council seat,” Koontz said.

“I saw how short sighted decisions made during another pivotal point in the mid 1980s had a negative impact on the city for the next 20 years, and I don’t want to see that happen again,” she added.

Koontz said she wants to help the council find a balance between attracting new businesses and residents to the city while keeping it affordable. She also wants to improve code enforcement and the city's permitting process.

“Gentrification can be both a blessing and a curse. There has to be a balance so the current residents’ way of life isn’t negatively impacted as we redevelop the city,” Koontz said.

Koontz added that her experiences as a small business owner and non-profit administrator have helped her manage finances and budgeting, skills that will help her on the city council.

“I also have lived through the effects that bad decisions can have on the long-term health of a city and will be cautious and forward-thinking as I vote and make policy. I’ve been involved in the community for decades and feel I understand this city very well,” Koontz said.

If Koontz wins, she would follow in the footsteps of Bates, who was first elected to the council in 2007. But Koontz said winning the race depends on meeting residents, knocking on doors and talking to voters.

“If I’m elected, these conversations will help me really understand what residents want from their city government,” Koontz said.

“Doraville is incredibly diverse, and I think having an LGBTQ person on the council reflects one of many aspects of that diversity. In the canvassing that I’ve done so far, when I start talking to people about the issues facing our city, all that just kind of fades into the background anyway – you’re just two people talking about what’s best for the city,” she said.

For Koontz – who said she often feels like the face of transgender people in the city – the election would also be an extension of how she's approached living openly as an LGBT person.

“I’m not necessarily running for office as a transgender candidate but more as a qualified candidate who just happens to be a transgender woman. I do feel I have been 'the face' of transgender people in this area as I transitioned in place. For many people, I am the first transgender person they have known, so there is a lot of pressure on me in that regard,” Koontz said.

“Especially now, people need to see that transgender people are just normal people, looking to be happy and to be accepted. As far as the city, it would show that, yes, Doraville does welcome diversity,” she added.