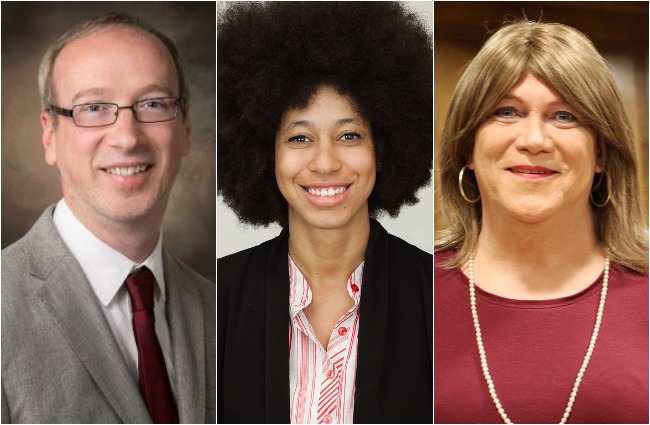 With the https://www.projectq.us/coronavirus pandemic surging, elected officials across metro Atlanta are struggling with how to protect their communities. And for at least two LGBTQ municipal leaders, the battle has turned personal.

Chamblee’s Brian Mock and Mariah Parker of Athens-Clarke County – the first-ever LGBTQ elected officials in their areas – tested positive for the virus as they helped their municipalities navigate through the pandemic.

Local officials are mandating masks to be worn and want to put in place new restrictions to combat https://www.projectq.us/coronavirus, but they are stymied by Gov. Brian Kemp’s emergency orders. How are they protecting their residents? How is COVID-19 affecting their municipalities? What’s next as the uncertainty consumes the summer?

We’ll explore those issues and more on Friday in the next episode of Q Conversations, our live virtual Q&A series. Meet three LGBTQ elected officials on the frontlines of fighting the pandemic – Doraville City Council member Stephe Koontz; Parker, an Athens-Clarke County Commissioner; and Mock, a member of the Chamblee City Council.

We’ll also answer questions from those in attendance. Register now for the July 31 episode of Q Conversations. (The event is free, but registration is required.) Can’t make the event on Friday? Register and we’ll share a recording of the conversation you can replay later.

Parker (photo center) first won election to the District 2 seat on the Athens-Clarke County Commission during a special election in 2018 and became its first-ever LGBTQ member. She ran unopposed in June to win her first full term on the commission. Parker is a graduate teaching assistant at the University of Georgia and is a doctoral student in language and literacy education at UGA. She is an advocate for LGBTQ equality, criminal justice reform and affordable housing.

Koontz (photo right) won the District 3 seat on the Doraville City Council in 2017 and became the council's first-ever transgender member and the only trans elected official in Georgia. In January, council members named Koontz as the city’s mayor pro tem. Koontz is a former business owner and church administrator. Koontz has helped lead an effort to convince municipalities across metro Atlanta to adopt LGBTQ-inclusive nondiscrimination ordinances.

Mock (photo left) was first elected to the Chamblee City Council in November 2013 and is the council’s only LGBTQ member. In January, council members selected Mock as the city’s mayor pro-tem for the second time. In 2019, Mock sponsored a broad LGBTQ-inclusive nondiscrimination ordinance that the council passed unanimously. He also led a successful effort to make Chamblee the 12th local government in Georgia to decriminalize possession of marijuana. Mock is a certified hotel administrator at Hampton Inn Atlanta Northlake.

This event is supported through a grant from Facebook Journalism Project's COVID-19 Local News Relief Fund.