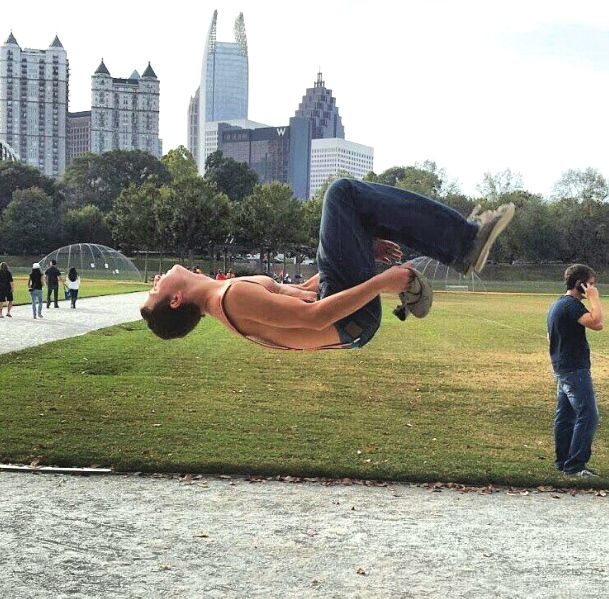 When @AtlSuburbGayBoy tweets out an impromptu best bottom contest, it's only a matter of minutes for his followers to reply with photos of their assets. It's little wonder then that this suburban Atlanta cheer twink is one of our favorite follows.

Between the dick slip pics, the high praises of pot and cheerleading, this suburban gay boy gives us everything. Just don’t tell him he’s OTP; he doesn’t even know what that means. We chatted with him to ask how much he's willing to share, where he sees his Twitter persona in five years and why living in the suburbs is nothing but “a bunch of twinks with time and money and nothing to do but party and drugs.”

So obviously by your handle you live OTP. Where?

I don’t quite know what OTP means but I live in Dacula. What the heck does OTP mean?

It’s a designation. OTP means Outside the Perimeter. 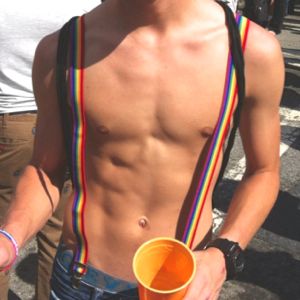 So now I know where you’re from, but if this were a blind date and I only had your Twitter account, I’d say you like dick slips, you love Mary Jane, and you’re a cheerleader. Is that right?

Yeah. The Atlanta suburbs – basically all of North Georgia – is like a cheer capital.

I'm 20 and have cheered for teams in Duluth and Braselton. This year I was a freshman in college and won nationals in our Division Two Coed.

And yes, I love a catching a penis in public and smoking weed is naturally a cheerleader thing because alcohol can leave you hung over. Plus, girls like to avoid the calories from alcohol!

Nationals? Sounds like something from 'Bring It On,' which I see is a movie staple in your life. Do you know all the words?

"Bring It On" is nothing like real cheerleading but it is iconic. I can most certainly recite it word for word. It’s the "Mean Girls" of the cheerleading world basically. (laughs)

Did you watch the sequels?

I don't watch the sequels because they all are absolutely blasphemous and degrade competition cheer.

You’ve asked to keep your identity anonymous. But we have to ask: Is your Twitter avatar a photo of yourself?

My avi (second photo) is me. It was taken at Pride by my former all-star cheer coach.

Does anyone know who the person behind the handle is?

There are a few followers of mine who do know who I am, mostly due to the pictures that are also on my Instagram.

I actually decided to create an anon account because my coach sensors all of our social medias.

But you’ve said, once you get 1,000 followers, you’d tweet a picture of your dick – 380 to go. Do you have the perfect pic picked out already?

I was bluffing. It was really the thirst for followers becoming real when I was on Adderall.

If you only had one tweet left, and you had to sum up the life of Atlanta Suburb Gay Boy, what would you say?

We're all basically kids whose parents spoil us and we don't really have any obligations in life so we party and enjoy the extra curricular activities (drugs). So it would have to be: "Prescription pills and dollar bills."

Where do you see @ATLSuburbGayBoy in 5 years?

I might have to change it to @BuckheadBromo since I'm transferring to Georgia State and retiring from cheer.

Wait, no more cheering? What will you do?

Now that I'm done, I'll focus on school, probably coach All-Stars and exploit my parents' bank account – continue life as it always has been, just without the cheering part. 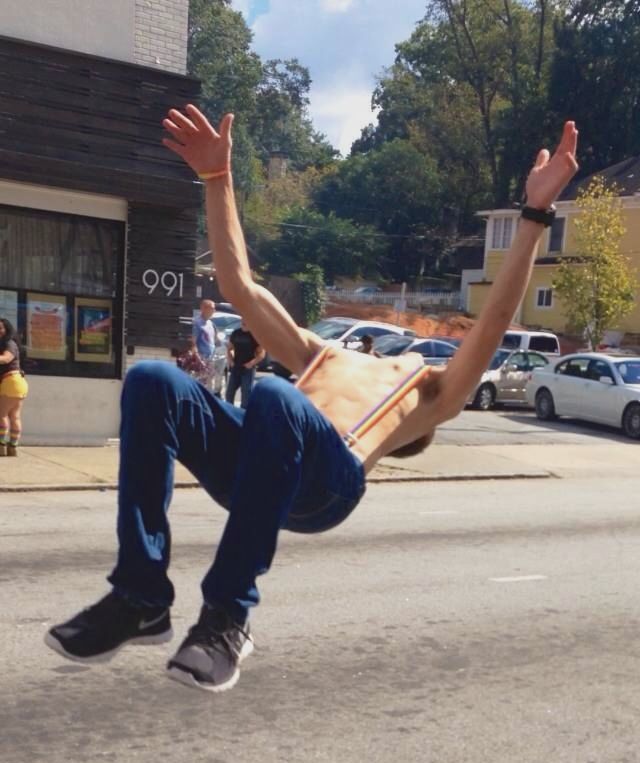