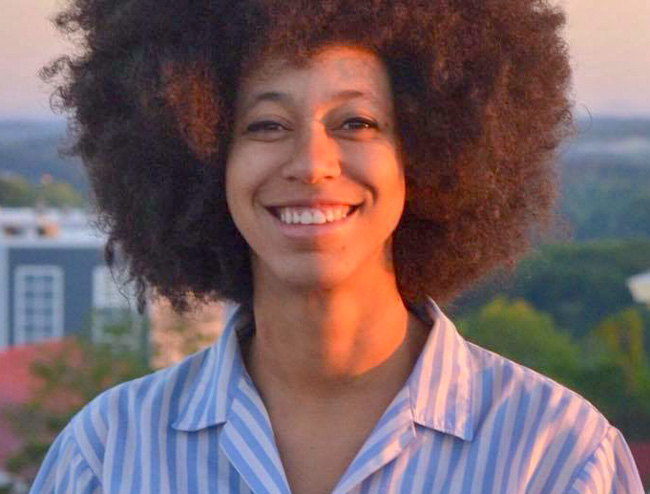 Mariah Parker won a seat on the Athens-Clarke County Commission by just 13 votes in 2018, and the queer activist and hip-hop artist doesn’t expect any challengers when she runs again in May.

“I think after last time people are a little bit scared of me, so that’s fine,” she told Project Q Atlanta.

Parker (photo), 28, cited her swearing-in photo that flooded social media: one hand on “The Autobiography of Malcolm X,” the other raised in a fist. Parker said she became the commission’s first-ever openly LGBTQ member that day, which she is proud of.

“It’s unfortunate it has taken us this long, but I think it’s important to me to wear who I am on my sleeve as a way to show others who may not have had a role model in politics who are LGBTQ to see that they have a role in this process and they can do this kind of work,” she said.

Parker said her time on the commission has been “a very wild ride.”

“For the first eight months I was in office, I was 20 years younger than the next youngest commissioner,” she said. “So navigating that socially and making sure I felt comfortable speaking up and using my voice in that space is something I’ve overcome.” 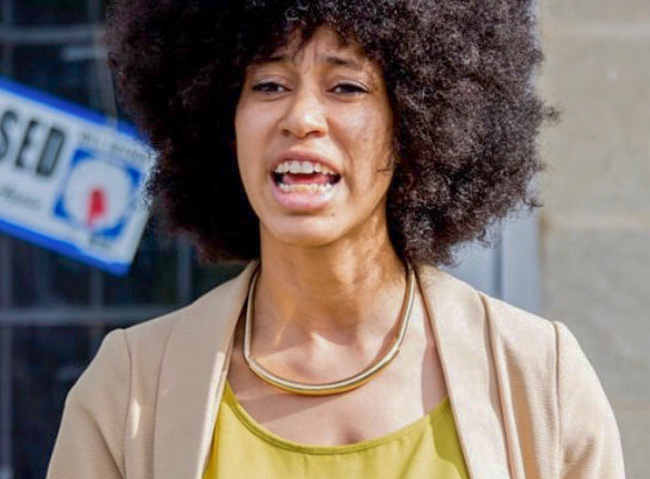 Non-discrimination ordinance in the works

The commission is looking to vote on installing permanent rainbow crosswalks in downtown Athens in the next couple months, according to Parker. City officials began evaluating the idea in October, and over 6,500 people have signed a petition in favor of the crosswalks.

But Parker said she wants to do more on the LGBTQ front.

“We can do symbolic acts of solidarity with the LGBTQ community all day, but if we don’t do comprehensive LGBTQ antidiscrimination protections, then we aren’t doing anything for folks,” she said.

Six metro Atlanta cities have passed such an ordinance since November 2018, with Brookhaven doing so earlier this month.

“I’ve actually kind of been fighting with the mayor over assigning it to a committee,” Parker said. “It’s been several months of asking and we haven’t gotten any movement on that. That is a much-needed step that I’ll continue to advocate for.”

Girtz said there’s no fighting between he and Parker.

“I asked our county attorney to do a review of some of the half-dozen cities with such ordinances to set the stage for assignment of the topic to one of our standing committees, and just last week had a conversation about this with Decatur’s attorney to seek his assistance,” he said.

Parker hopes to continue advocating for LGBTQ rights, criminal justice reform and affordable housing in what would be her first full term if re-elected.