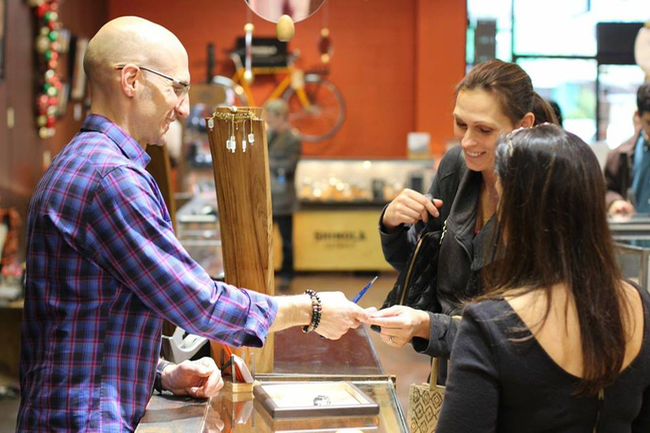 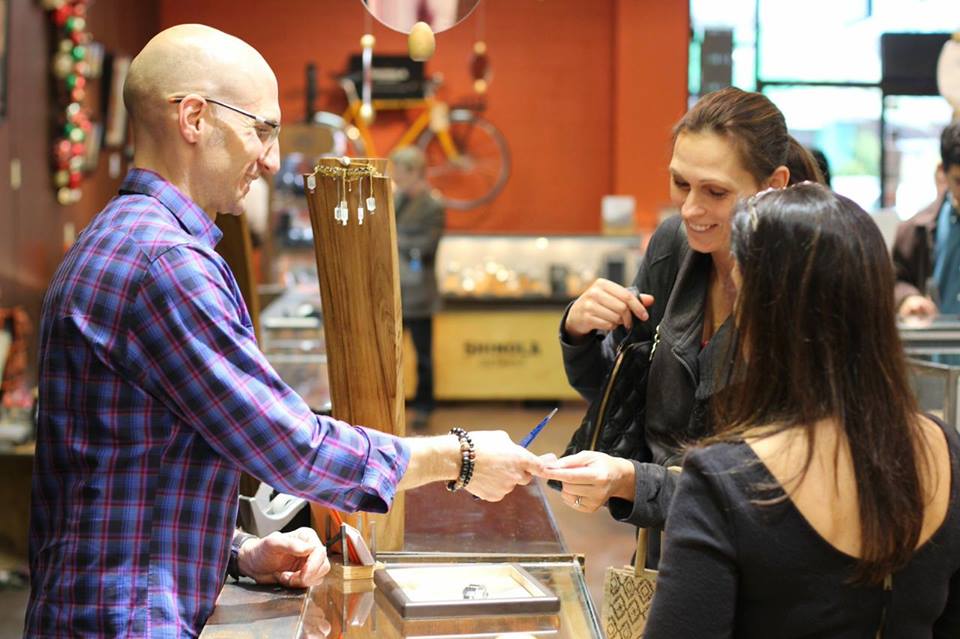 It’s been 25 years since Harris Botnick noticed gay couples going back into the closet just to buy jewelry in suburban Atlanta. The opportunity this straight ally siezed from it is now a gay standard bearer in Midtown retailers.

Botnick’s little gay empire at Worthmore Jewelers began with the perception that same-sex couples weren’t at all comfortable shopping for commitment bands together, he tells the Atlanta Business Chronicle.

A man would come into the store one day and buy a wedding band. Another man would show up the day after and buy the matching band.

“It was horrible,” he said. “People felt like they couldn’t come into the store together.”

Out of that experience came a determination to actively cater to same-sex couples, a goal Botnick has put into practice as owner and operator of Worthmore Jewelers in Midtown Atlanta, a neighborhood with a large gay community.

“We wanted to be in an area where we could focus on treating everybody equal,” Botnick said recently in his office behind the showroom. “Midtown gave us everybody.”

After working for other jewelers in places including Marietta and Perimeter Mall, the Atlanta native and his wife Geri took the plunge into their own jewelry business Midtown in 1993. They quickly found that the gays like to be unique and realized that suits their worldview – and business sense – just fine.

In catering to same-sex couples, another aspect of his business not typical of jewelry stores, Botnick said he had a hard time getting the right advertising.

“A company sent me an ad with a man and a woman. I can’t use that,” he said. “We need ads for everybody, same-sex couples, different races.”

Oh, and you can add Botnick to the list of everyone in Georgia coming out for gay marriage. Yet again, it’s just good business to include all your potential customers, he asserts to the Business Chronicle.

He said he could get a boost in that portion of his business if the U.S. Supreme Court declares same-sex marriage legal in a ruling expected in June.

“We have customers who go to the Carolinas to get married because they can’t in Georgia,” he said. “[Legalization of same-sex marriage] would be huge in a lot of ways, for businesses across the board and for people across the board.”

One straight Atlantan, marrying equality and business one gay couple at a time.