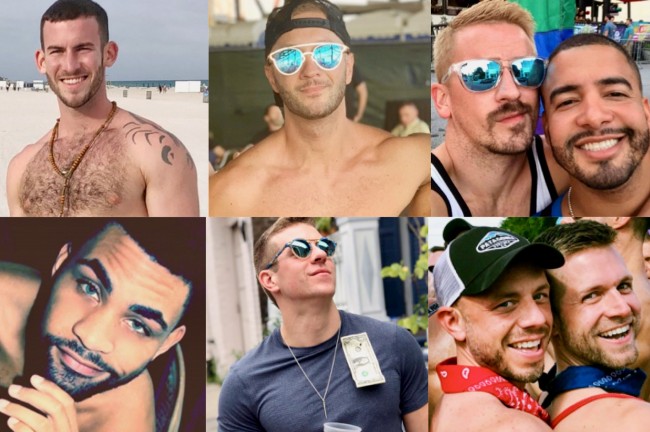 One of the biggest upswings of 2018 in queer Atlanta has to be the advent of the Saturnalia series of dance parties.

What was once just a great idea to bring together several facets of revelers into one space to benefit Pets Are Loving Support has become a best bet for a reliably fun time for a good cause.

A party and benefit in September built on an inaugural success in April, so expectations are high for the group’s next event, the Naughty or Nice holiday party on Dec. 1 at Heretic.

“The feedback has been incredibly positive,” organizers Marc Hammer and Kevin Phillips tell Q. “We almost doubled our attendance from the first event to the second event, and donations from the two parties combined have helped us raise over $2,500 for PALS. We’re looking forward to adding to that total for the next event.”

To do that, Saturnalia calls on its namesake roots, the ancient Roman winter festival of revelry that is one of the precursors to Christmas. The Naughty or Nice theme calls on both sides of your party persona and see which one wins out. The good news is, there’s no wrong answer.

“The term ‘Saturnalia’ became slang for any large and crazy party,” they “The idea and decor for this event is Santa vs. Krampus, so costumes can be interpreted from there on whether you are on Santa's list or Krampus' list,” the organizers say.

While your mind whirs on the possibilities, consider that legendary DJs Brett Oosterhaus and J Warren return to man the tables, and that the real winners of the night are the folks at PALS, which help critically ill people feed and care for their pets.

“We are both big animal lovers and just really believe in the work PALS does in helping sick individuals keep their animals,” they say. “Animals can be such a joy and companion to these people, and the work that PALS does is just fantastic.”

In addition to causes worth supporting and great ideas for parties, Saturnalia’s hosts are part of its formula. Hailing from varied corners of LGBTQ Atlanta life, their support is one of the keys to Saturnalia’s success.

“All of our hosts have been very actively involved with helping us promote the party,” Hammer and Phillips say. “All of them are not just hosts but friends and have taken an active role in getting the word out and getting people excited about our events. We certainly could not have done it without them and all of their input.”

The Naughty or Nice party takes place at Heretic on Dec. 1, 10 p.m.

This article originally ran in Q magazine. Read the full issue below.