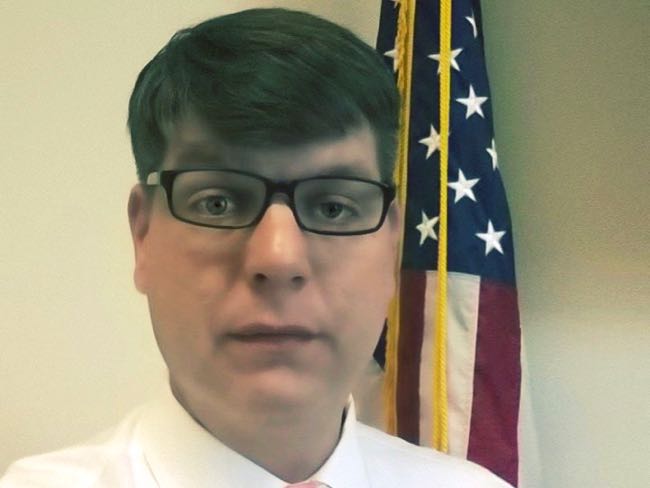 Veteran and out gay candidate Christopher Weed is seeking a seat on the East Point City Council, campaigning on improving sustainable development, safety and youth activities.

Weed hopes to unseat Councilmember Sharon Shropshire, who is completing her first term. His election would mean the small city of about 34,000 people – a gay-friendly suburb with a sizable LGBT population southwest of Atlanta – would once again have an LGBT person on its City Council.

Weed, 43, has been a resident of East Point with his husband, Michael, and their two dogs, Josh and Trudy, since 2005. He has served in the Air Force and now works at Southern Company Gas as an administrative assistant. Weed is seeking the Ward A At-Large seat, a district that covers the eastern portion of the city and includes the entire north-south stretch of East Point nestled between downtown and Delowe Drive, and extending westward toward the Ben Hill neighborhood.

In an email interview with Project Q Atlanta, Weed emphasized his business experience in both the Air Force and the private sector, along with a desire to address inefficiencies in the city government and create a more business-friendly environment.

“We can better serve the residents of East Point, and operate more efficiently by eliminating some of the red tape that hinders business creation and growth,” Weed said. “You must lower the regulatory roadblocks to creating investment in our community, while ensuring that businesses, or any other entity, are responsible community members themselves.”

Weed’s vision for the city includes a focus on sustainable development, safety and youth activities.

“If elected, it is vitally important to me to bring inclusive and sustainable development to East Point,” Weed said. He later emphasized his support for projects including the Eco Cottages at East Point, a development of 40 tiny homes near downtown East Point.

“It is also important to work with our police force to improve morale and increase their numbers to ensure the safety of our residents and their property. Also, we need youth activities whether that is youth sports, classes or mentoring we need to guide our youth to help them make the best decisions for their future,” Weed added.

When asked about how the LGBT community in East Point fits into his vision, Weed said he values the city's diversity and explained there is a need for leadership to bring people together.

“East Point has a large LGBT population and that adds to the diversity of thought and ideas to our community. But what is most important to me is that all concerned individuals have a say, and that we protect the rights of everyone in this process,” Weed said.

“We must to try to meld [different agendas] together and come to a consensus on what is best for East Point. As we tackle issues that are easier to find common ground, hopefully we can learn about each other and find a way to work with each other on the harder problems,” he added.

The municipal election is nonpartisan and Weed would not directly address his political leanings. Instead, he said terms describing political ideology, like conservative or liberal, are, “used to narrow the diverse views that encompass East Point and most Americans. No one agrees with every party’s stance and I think that at a local level that is especially wonderful, in that East Point has non-partisan elections.”

Weed explained that his campaign is about creating solutions to improve East Point.

“My campaign is about celebrating what is right with our city while identifying areas for needed improvement and, hopefully, leading the charge in finding forward thinking solutions to those problems.  It is not going to be easy, nor should it be,” Weed said.

“Together, I want us all to create the type of city East Point has the potential to be,” he added.

If Weed is successful, East Point would again have an LGBT member of its City Council. Longtime Council member Lance Rhodes opted against running for a fourth term in 2015, leaving the council without an LGBT member for the first time since 1999.

Ken DeLeon, a gay civic activist, lost a five-person race to succeed Rhodes in 2015. He also lost a 2011 race for the council. In 2009, he and gay attorney Eric Morrow lost their bids for the council.