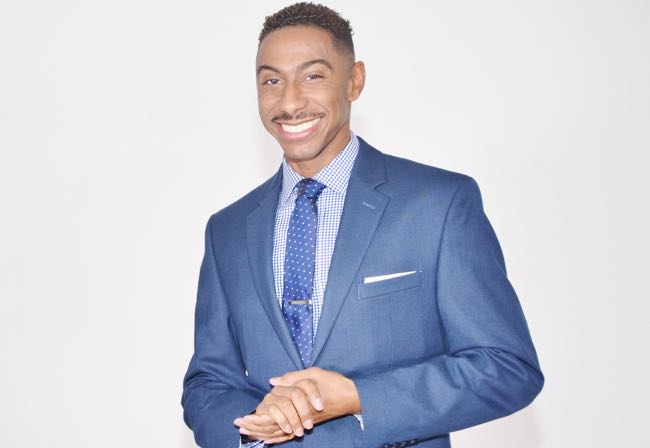 Tyai Green – a community activist and former leader of the organization that hosts Atlanta Black Gay Pride – is running for Atlanta City Council and campaigning to unseat a two-term incumbent.

The 38-year-old first-time political candidate is running for the Post 1 At-Large position, hoping to replace City Council member Michael Julian Bond. Green – a former executive director and executive secretary of In The Life Atlanta, which organizers the Atlanta Black Gay Pride celebration each September – said he decided it was time to stop talking about change and start working to make it happen.

“For the last eight years, Atlanta Black Pride has come out of their Pride each year in the black, which is great. We have elevated our funding every year,” he said.

Working with the organization takes both the ability to plan and work well with a diverse range of people to pull off the popular Pride celebration, which is held each Labor Day Weekend.

His primary passions are affordable housing and recreation, citing his own history as a latchkey kid. Professionally, Green is an assistant regional affordable housing manager for Grail Management Group and Creative Choice. He is also executive director of Our Community Involved, a non-profit that promotes health education and social resources to LGBT people.

“Affordable housing is a major issue here, I am also showcasing recreation and activity for children. I was a latchkey kid, so I was a participant in structures like the Boys & Girls Club of America,” he said.

“A lot of our kids, a lot of the trouble they are getting into is because they have a lack of things to do – organized activities to do,” Green added.

And with the recent collapse of a portion of Interstate 85 in Midtown, transportation is on most everyone's mind. It's also a priority for Green.

“And of course transportation, I don’t know anybody in the city who is not affected by transportation in some way, shape, form, or fashion,” he said.

Green is one of at least seven openly LGBTQ people running for Atlanta City Council this year. The others include Cathy Woolard and Laban King, who are in a crowded field for mayor; and Alex Wan, a current council member running for City Council president. Candidates for council seats include Liliana Bakhtiari, Kirk Rich and Lock Whiteside. Green or Whiteside would be the first openly gay black man elected to the council.

Green said he hasn't raised any money for the campaign yet, but that will change thanks to several private donors stepping up, as well as fundraising events planned for May.

“I am not concerned about my fundraising because we’ve just started,” Green said. “I think that you’ll see a great increase come our next reporting.”

Bond, first elected to the Post 1 At-Large seat in 2009, is an LGBT friendly candidate that takes part in the Atlanta Pride parade and called on the city in 2011 to apologize for the police department's raid of a gay bar two years earlier. He has also criticized the police department for its treatment of a former LGBT liaison and joined city council colleagues in supporting gay marriage before it was made legal and in criticizing an anti-LGBT bill from state lawmakers. But Bond has faced tough questions about his spending of public money and ethics complaints for his use of campaign funds.

Green said it's a bit nerve-wracking running against an opponent and one with a famous last name. Bond's father was Julian Bond, a veteran of the Civil Rights Movement, longtime state lawmaker and former chair of the NAACP.

He added that he's not speaking against Bond but advocating for a change on the city council.

“I’m not shedding a negative light on him at all, but with every season there is a change,” Green said. “And I just feel like now will be the time for a change.”

“What I want to do is to make sure that we bring back the sanctity and the dignity of the city council office being a voice for the people. This is the purpose of city council,” Green added.

The Committee for a Better Atlanta is hosting a forum for city council candidates May 8. A second forum for mayoral hopefuls is set for May 11.