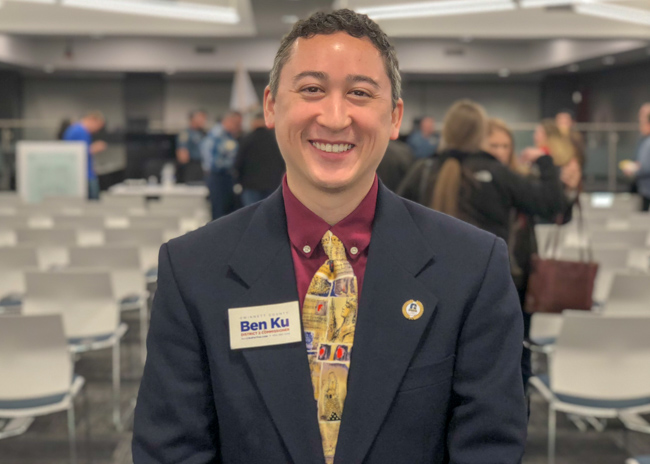 The Gwinnett County Board of Commissioners hasn’t had a Democratic member in over 30 years. Gay civic activist Ben Ku aims to change that.

The 36-year-old first-time candidate faces restauranteur Desmond Nembhard in the Democratic primary on Tuesday. If Ku wins there, he will try and break a long GOP streak by unseating Republican incumbent Lynette Howard for the District 2 seat on the Gwinnett Commission in November. He would also likely become the commission's first openly gay member.

The district is a diverse one that covers much of Western Gwinnett, including Lilburn, Norcross and Peachtree Corners.

“Part of the impetus for running was that I do not feel that minorities are well represented in the county that has never had a minority — other than women — on the board of commissioners,” Ku told Project Q Atlanta. “And there isn’t even a diversity of thought when a county that voted for Hillary and Obama hasn’t had a Democrat on the board in over 30 years.”

Ku is a Georgia native and grandson of Chinese immigrants who he said came to Georgia to help engineer the original MARTA rail. Ku added that he’s connecting that family history to his goals on the commission.

“I hope to continue my grandfather’s legacy by bringing rapid transit to Gwinnett,” he said. “We have big transportation problems, the board doesn’t reflect our citizens, there is an inequitable allocation of county resources and it’s difficult to connect with our representatives. I will work to improve transportation, representation and communication here in Gwinnett.”

With LGBTQ issues, Ku said he would work to beef up the county’s nondiscrimination ordinance by adding sexual orientation and gender identity as protected classes.