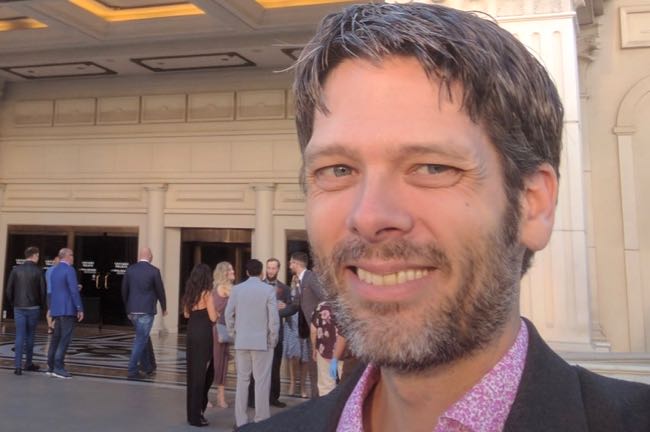 Joseph Geierman — a gay longtime resident and civic activist in Doraville — jumped into the race for a seat on the city council, hoping to provide progressive leadership for the small city in DeKalb County.

If Geierman is successful in his race for the District 2 post, it would mean the return of an LGBT council member for the first time since 2013. That’s when Brian Bates was defeated in his effort to win a second full term on the council.

Geierman, 42, has lived with his husband in Doraville for nearly 17 years. Their search for a midcentury modern ranch home with an easy commute to Midtown attracted the couple to the Inside the Perimeter city of about 10,500 people.

“We’ve been extremely happy here over the years, appreciating not only the architecture and proximity to MARTA and freeways — plus everything Buford Highway has to offer — but also the great neighbors,” Geierman said.

Geierman, a real estate and facilities director for a large Atlanta-based law firm, stepped into the council race after several years of working with his neighborhood association and city committees and commissions. He faces Tim Synder and Peaches Toppin the race.

“I’m running because a council seat opened up, and I want voters to have a candidate in the race who supports a more progressive vision for Doraville’s future. There is a lot happening in the city right now, and good leadership is critical for our continued success,” Geierman said.

Geierman said he wants to work with the city council to attract more residents and businesses, and make it easier for businesses catering to residents to open in the city. He’s campaigning on improving the city’s zoning and permitting processes, updating city codes to make them easier to understand and enforce, and integrating new developments – including the massive Assembly project – into the fabric of the city. He also wants to continue broadening cooperation with the neighboring cities of Chamblee, Brookhaven and Dunwoody through the existing Gateway Partnership.

“These new projects are going to strain existing infrastructure and codes. I’m excited about the upcoming projects we will need to embark upon in order to successfully knit them into the city” Geierman said.

If Geierman wins, he would follow in the footsteps of Bates, who was first elected to the council in 2007. But he cautioned that his success in the race depends on knocking on doors, making phone calls and attending meet-and-greets with voters.

“Brian was certainly a trailblazer, not just in Doraville, but in metro Atlanta. While there is still prejudice in the world, I don’t think my LGBT status is going to make or break the campaign. My success or failure will ultimately depend on retail politics, and how successful I am at getting my message about progress out there,” Geierman said.

But electing another LGBT candidate would be a symbol of the city’s diversity.

“Doraville is a surprisingly diverse community, with LGBT folks being an important part of that mix. Most LGBT people I know who live here want the same things that other residents do: good government services, a city council that operates effectively, a police force that will protect them, and generally for Doraville to be a great place to live and work,” Geierman said.