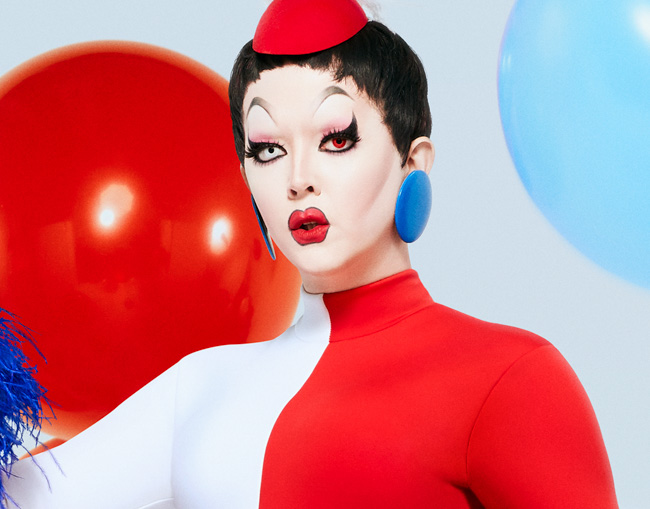 The new season of “RuPaul’s Drag Race” has a dose of local flavor thanks to the presence of metro Atlanta queen Aiden Zhane among the cast members.

Season 12 kicked off on Feb. 28 by introducing half of the cast. Zhane (photo) and six other queens will get the spotlight in the second episode this Friday on VH1.

Zhane, a Michigan native, got her start at the since-closed LeBuzz in Marietta and has performed at My Sister’s Room and Lips over the years.

“My performance history may not be as rich as some others, but Atlanta definitely gave me some sort of start, those first moments of being on a stage and the itch to do something even bigger,” she told Project Q Atlanta.

Now she’s got the chance to scratch that itch after missing the casting cut on her auditions for Seasons 8 and 9. Zhane joins a long line of Atlantans on “Drag Race” over the years, including Sonique and Nicole Paige Brooks in Season 2, Mariah Balenciaga and Phoenix in Season 3, Trinity K. Bonet in Season 6, Violet Chachki's winning turn in Season 7, Dax Exclamationpoint in Season 8 and Nina Bo'Nina Brown in Season 9.

Zhane, an Acworth resident, described her drag style as “a mix between kooky/zany with a little bit of fashion, cartoon and horror thrown on top.”

“I may not high kick or death drop, but hopefully I’ll stumble my way into the hearts of many,” she added.

She wants to represent the underdogs during her time on the show.

“Whether it’s because they are from a small town or they have no social media presence, or maybe they’re just doing drag in their bedroom, if you have the desire and ambition to do it, seize it,” she said.

Zhane said RuPaul was “lovely” to work with.

“Literally what you see on TV is what you get: a tall-ass Glamazon that you just can’t help but gawk at,” she said. “While you’re interacting with Ru and it’s happening, it’s like a fog. But after it’s over it hits you and you’re like, ‘Oh wow, Ru and I just had that conversation.’”

“We all bring something so different to the table, and we all just truly want to celebrate the art of drag, so I think this season is going to be exactly that — a celebration,” she said.