Meet Georgia kings and queens pushing the boundaries of drag 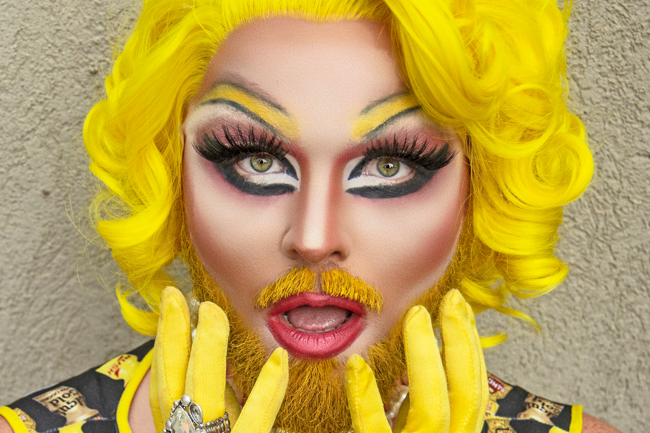 The undisputed drag capital of the South is no stranger to glam, camp, genderqueer, character and all manner of other twists in the world of drag. Over decades, some of the best got their start right here in Atlanta, and many stay put to apply their craft.

In his latest project for us, photographer James L. Hicks, the local talent behind coffee table books like Drag Dolls Dames & Divas and Dog Face, set out on a mission to find queens and kings whose artistry spoke to him in a creative, even avant-garde way that defies and/or expands traditional notions of beauty, gender and drag itself.

“These are kings and queens who have an aesthetic that I believe really pushes the boundaries for drag,” he says. “They range from campy to spooky characters. Some of the characters are light, and some are very dark. Some are bearded, one is bald, and one creates looks from odds and ends and even trash.”

And his quest found not just new personalities, but veterans.

“The drag artists range from seasoned veterans of 30-plus years to baby drags who have been performing for less than two years,” Hicks says. “These kings and queens have really inspired me, because they are so unconventional, daring and on the edge.”

Enjoy the rich spoils of the photographer’s quest on the following pages, and check out all his work on his website.

This feature originally appeared in Q magazine. Read the full issue below, and pick up your copy of a new edition each Wednesday around Atlanta.