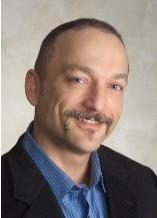 If Timothy Swiney has his way, he’ll unseat a Republican incumbent and join the expanding gay caucus of the Georgia General Assembly. But shhh. He lives Outside the Perimeter and was a Republican two years ago. Swiney – one-half of a politically-active gay couple in Gwinnett – qualified on Thursday to run as a Democrat for the District 101 seat in the state House. The district includes portions of Gwinnett County east of Interstate 85, north of Highway 316 and west of Lawrenceville. He hopes to knock off state Rep. Rep. Valerie Clark, who defeated Swiney in the Republican primary in 2010. That same year, Swiney launched and then dropped a campaign for chair of the Gwinnett County Board of Commissioners. Swiney is openly gay, but don’t expect the 52-year-old Real Estate broker and newly-minted Democrat to be marching in the Atlanta Pride parade anytime soon. He’s a quiet person, he tells Patch.

During our interview, the Democrat also opened up about his sexuality. Although he has been with his partner Eric Reid for 15 years, the couple rarely discusses their relationship in public. “I’m a very quiet, private person,” said Swiney. “I don’t feel that talking about my sexuality and my personal life in business is appropriate. I don’t think people want to hear it.” Swiney adds he never denied his relationship with Reid. “I just did not feel that it was something I needed to push on people.” “I am not a ‘gay’ candidate. I’m a candidate who happens to be gay,” said Swiney. “I don’t want to hear any moral judgments on me.”

Reid ran an unsuccessful campaign for the Lawrenceville City Council in 2011. He and Swiney are the parents of two adopted foster children. When pressed about gay marriage, given President Obama’s recent endorsement of it, Swiney offered a simply “yes” when asked if gay nuptials should be legal in Georgia. But then, apparently concerned about a conservative electorate in Gwinnett, backtracked a bit.