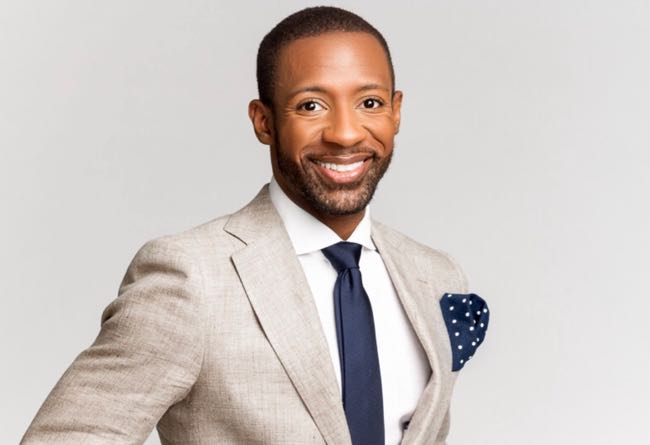 Gay entrepreneur Laban King has thrown his hat into the crowded race for Atlanta mayor, arguing that the current political climate – locally and on the federal level – shows him that now is the time to get involved.

“Right now with the political climate, and considering the stuff that’s going on in Atlanta, I feel like it’s very important to not just be someone who complains, but someone who is willing to, kind of, change the problem,” King said.

The 33-year-old transplant from Detroit shared, “Atlanta has always been a second home to me,” explaining that he decided to move here and make Atlanta his home five years ago.

“My number one goal as the mayor of Atlanta is to make Atlanta the birthplace of the new American dream,” King said. “Atlanta is going to be the place in which we’re going to provide the resources for you to be able to have your dream.”

King is the co-founder of real estate investment firm Millennial Global Investments, and creator of the non-profit United Economic Development Council of America, which is a business incubator focused on minority-owned businesses. He’s also a black gay man who said the LGBT community is being neglected, highlighting a need for greater investment from the city into its LGBT residents.

“We try to make Atlanta into this place that everyone wants to move to, but we are not focusing on the people that are here already, particularly when it comes to certain communities, they are being completely left out,” King said. “I believe that the local government has been absolutely disrespectful to the LGBT community.”

“The LGBT community has proven itself to be a valuable asset to the economy of this city, yet the city gives the community nothing,” he added and pointed to efforts to turn Midtown into a more “family-friendly” destination to prove his point.

King also spoke about the struggles among transgender people in Atlanta. At least seven transgender people have been killed in the U.S. this year, including one with Atlanta ties. With that as a backdrop, King said there is a need to make sure Atlanta is a safe, welcoming city for all.

“We have to be a city that sets the tone for this community [the transgender community] around the nation to let them know that they are welcome here, and that we will do everything that we can to make them safe and make them have a quality of life that they deserve as well,” King said.

King said complacency will have long term ramifications on the trajectory of the city.

“At this time, we can no longer be complacent. A four-year term can do 40 years worth of damage, and we have to be more proactive in local, state, and federal politics. And I believe that this race is going to determine a lot,” King said.

“The race in Atlanta is going to determine the tone around the race in every other major city. So it’s not just about us voting for mayor, it’s about us setting the example,” he added.

But King is certainly the most buff of the bunch.

The mayoral candidates have already raised millions of dollars to fund their campaigns. King's latest campaign finance report, filed in early February, showed no donations. An online campaign to raise $1.25 million for his campaign has received four donations totaling $85.

King, though, said his outsider status is an advantage.

“I am the only candidate that has not been in bed with anybody,” he said.

“Honestly, I find it very suspicious that a lot of them are friends and they are running against each other. I think that’s something that our citizens of Atlanta really need to examine,” King added.

The mayor's election is Nov. 7 with an expected runoff on Dec. 5.