Meet-cute with Totally Tyler before your Atlanta ‘Double Date’ 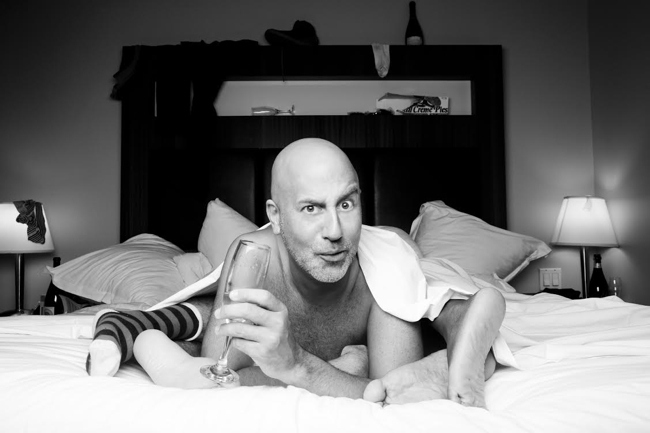 It’s been a while since our first date with Totally Tyler, the former gay Atlanta guy, party boy and writer now making his way in Manhattan. He returns with his third book of real-life gay dating foibles, and its ATL kickoff is so much more than a “Party of One.” 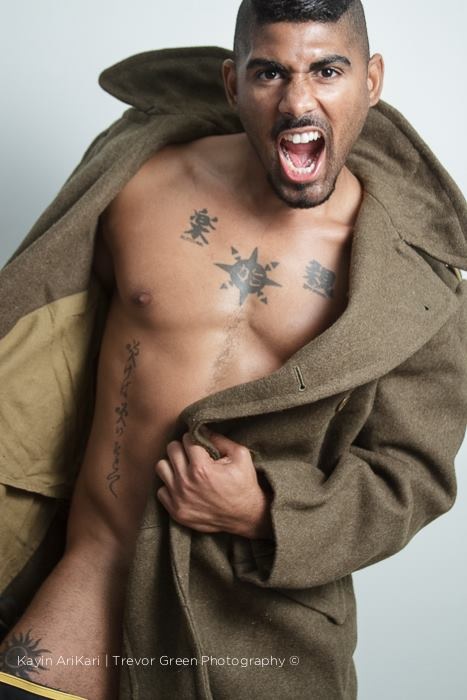 Two years after we drank martinis with Tyler and dished on “Your Boyfriend and Other Guys I’ve Kissed,” he's kept up his shenanigans, shared the ups and downs he Found on Grindr, and continued his popular blog on life, love and laughs.

And that first compilation of essays? It became a second book, “Boys, Booze & Booty Calls.” Now Tyler returns to Atlanta on Thursday with “Party of One” and a multi-media reading event at Mixx that is anything but a party for one.

He is joined by a sexy local friend and writer for “Double Date with Totally Tyler and Kayin Malik” (photo, right) as well as filmmakers with a preview of the ATL-rich “Queer Moxie.” The only thing missing is you – if you think you can handle it. Even if you can’t, you’ll have fun trying.

Tyler gives us a taste of his style in the “Party of One” promo video above. For the rest, we asked him to discuss all things books, all things boys, all things Totally Tyler, and how Atlanta is like the one that got away. Meet-cute him here before Thursday’s double date.


Describe your take on dating for those who haven’t read your work yet.

It's a lot like this past winter in Atlanta. Most of the time the skies are clear and nonthreatening but sometimes all you need is a few inches to wreck your world. Seriously though, I examine the same universal truths that everyone experiences – the highs, heartbreaks and hopes – but with humor. And my humor makes any pain easier to take. Kinda like lube.

So what separates “Party of One” from its predecessors?

My newer work is more emotional, but it's also more explicit. I mean, the first chapter of my second book, “Boys, Booze & Booty Calls,” is called “The Idiot's Guide to Giving Head.” And I won't even let my parents read “Party of One.”

Have you grown since the first book? Where’s your head at in these latest chapters?

The events in my books took place in mid-aughts so it's interesting to re-examine my dating choices and my behavior in relationships at a different time in my life. I cringe when I think about some of the guys I pursued – but I have no regrets. I've definitely broken some bad habits and have been more open to stepping outside of my comfort zone. I mean, I still make mistakes, but my mistakes now are less and less made in dark, shadowy bars that reek of stale beer and poppers. Sometimes.

You’ve been on a huge fitness kick lately. What inspired it, and does it affect your love life?

It's not really a kick. It's more of a lifestyle change. I go to the gym nearly every day – sometimes twice a day. I've been working with Matthew Johnson Harris, who I call the Zumba King of NYC. I've lost 50 pounds, and I'm proud that I'm in the best shape of my life at 40 years old.

I just want to be healthier and live a long life – I have a lot more books in me! It's made me more discerning when meeting guys, actually, because I get hit on more and I question their motives. Though I probably spend more time in the steam room than I should.

Do you worry about getting older and how it might affect your future dating?

You bitch! Who you calling “older”?! Kidding. I definitely want to settle down, but I am more patient and easy-going than I used to be and would rather have a quality companion rather than frantically rush into something to escape loneliness.

For all your sage wisdom, you’re also pretty humble about your dating disasters and mistakes. Any advice for up-and-coming gayby daters?

I think it's important to follow your instincts. Don't compromise more than you think you deserve and show the same amount of respect to others that you would expect for yourself. And when all else fails, you can always go to Swinging Richard's, where respect can't even get in the door.

You share the bill with Kayin and his novel “Broken Butterfly” on this visit. What can you tell our readers about him?

Kayin is a handsome guy. We've been friends for quite some time. He's really hot. He's written an emotional, thoughtful, and yet sexy book. Also, he's really, really hot. I'm really proud of him and was thrilled to help him showcase his work. Did I mention that he's hot??

In addition to Kayin, the Queer Moxie team is in the house on Thursday. Tell us about them.

I wasn't interested in coming to Atlanta and hosting a boring, straight-forward reading. I wanted the event to be entertaining so I decided to shake things up and make it more like a variety show.

I asked Robert Pless to host the event – he's  adorable and funny – and I wanted to include some sort of performance. When I found out that Leo Hollen Jr. and Heather Provoncha were producing Queer Moxie, a documentary about Atlanta gay performance artists, I asked them to come on board. I'm excited to see the film's trailer, and I hear they're bringing a very special surprise guest who will perform!

Speaking of Kayin and Queer Moxie, what are your thoughts on Atlanta as a former ATL-ien? How has the city changed or stayed the same?

When I was there in 2012, aside from a few new buildings in Midtown, nothing had changed. Einstein's was still a popular brunch spot and that old, chubby man with the mesh purple tank top was still hogging the dance floor at Bulldogs. I walked past my old apartment and half-expected to see myself coming out to walk my dog, Lola. Visiting Atlanta is always bittersweet, though, kind of like seeing an ex – the one that got away.