Mashup madness ready to attack Eagle. Are you? 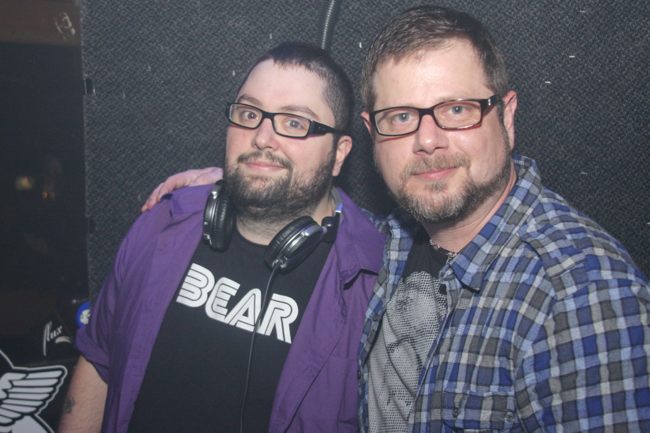 Dancing queens, prepare yourselves accordingly. The mashup talents of Robin Skouteris and gay Atlanta's own DJ Pat Scott will again pack the Eagle on Saturday. To help, we've assembled our fave mashup videos from the duo.

But first, know that Saturday's event benefits Atlanta Pride. It's part of a packed slate of Stonewall Month events. And the mashup madness also kicks off the duo's European tour and will include the talents of Letta and her debut remake of the 1990 hit “King of Wishful Thinking.” She's the first artist Skouteris and Scott have inked on the label of their new production company.

“We are absolutely thrilled to be bringing Mash Attacks back to the Atlanta Eagle,” says Scott (photo right). “The Atlanta community has been so supportive of us, and we thank the Atlanta Pride Committee and Lost N Found Youth for allowing us to work with them. We look forward to doing much more in the future.”

Skouteris is ready to unleash the talents that amassed some 21 million YouTube views of his remixes.

“This will be the launch of our European tour which begins July 6th in Sheffield, U.K. for their Pride celebration, then carries on to several cities in Poland, Italy, and Greece,” says Skouteris (photo left). “We will return to several U.S. tour dates coming in late summer.”

It's no wonder the event is among our best things to do in gay Atlanta this weekend.

To prepare yourself, here's four of our favorite mashups and Letta's debut. Listen, learn and get ready to dance on Saturday. Need more? We picked a few favorites last year, too. There's also photos from the March mashup, when it got a little kinky last August, tank top-licious in June 2012 and so delightful that February.

'King of Wishful Thinking' by Letta

'Let's Have A Kiki' with Scissor Sisters