Mary’s gets even more national props 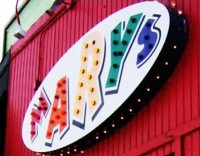 The accolades keep coming for the little East Atlanta gay bar with an outsized reputation.

Mary’s, popular for its Mary-oke and eclectic theme nights, just earned another honor: The national gay glossy Out named it among “The 60 Greatest Gay Bars in the World.”

Last year, Logo Online put the shotgun bar as No. 1 on its list of “The 50 Best Gay Bars in America.”

Mary’s, the colorful kitschy East Atlanta watering hole, got the most nods from our contributors. Cator Sparks, the Southern-raised gentleman who contributes to the NY Times and works in fashion PR praised the sassy spot for three reasons: “First, a midget hosts ‘Karaoke Saturdays.’ Second, they have underwear twister nights. And third, the stuffed deer head on the wall sings along to karaoke.” Point well taken. Travel writer Jimmy Im, chimed in: “Mary’s is unpretentious, has a great diverse crowd, and the clientele (and the staff) is a little wacky. Basically, it’s really just always super fun!”

But before the national attention, regulars at the bar have loved it for years thanks to its intimate setting and back deck. Southern Voice readers recently named it their fav for “Best Karaoke” and “Best Neighborhood Pub.”

One of the owners, Mike Dover, summed up the ethos like this for Logo: