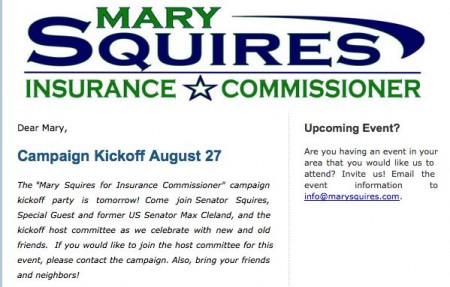 Hey, girl. Mary Squires kicks off her campaign for state insurance commish on Thursday and her letter to supporters knows a thing or two about targeting.

Sure, she’s a progressive candidate with equally progressive views on LGBT issues. (She was one of only 14 state senators in 2004 to vote against a constitutional amendment banning gay marriage; she’s also been courting gay votes this election cycle.) 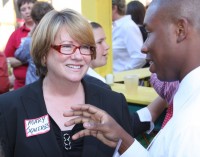 On Wednesday, her campaign emailed a note to supporters with details of her campaign kickoff. The one we received at Project Q Atlanta opened this way: “Dear Mary.” Did she peg us or what?

Sure, sure. It might be a typo or a glitch in the campaign’s email database software. But we’d like to think Mary knows her marys and meant to throw a little gay slang our way.

(Kickoff details: Thursday, 7 p.m. at The Loft in Midtown. Bring some bling, as the suggested minimum contribution to get in the door is $150.)