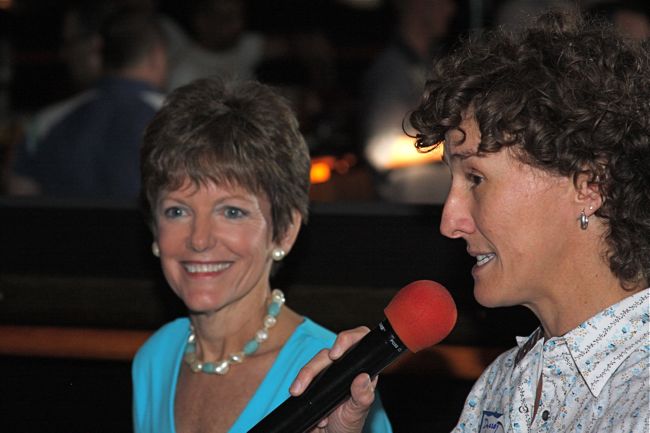 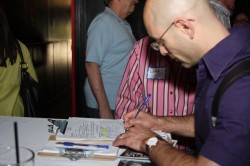 Mary Norwood, who enjoyed strong LGBT support in her unsuccessful mayoral campaign last year, is turning to those supporters again to boost her race for chair of the Fulton County Commission.

An energetic Norwood (top photo, left) hosted an event Wednesday at Amsterdam, a favorite gay stop during the mayoral campaign last year, to gather signatures for her new race. She’s running as an independent, which means she needs nearly 23,000 signatures from Fulton voters on a petition to make the November ballot. 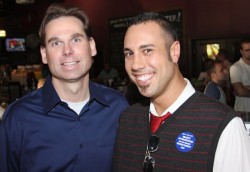 On Wednesday, about three-dozen supporters were on hand to wish her well, including her step-daughter Dorsey Norwood (top photo, right), a lesbian who campaigned for her last year.