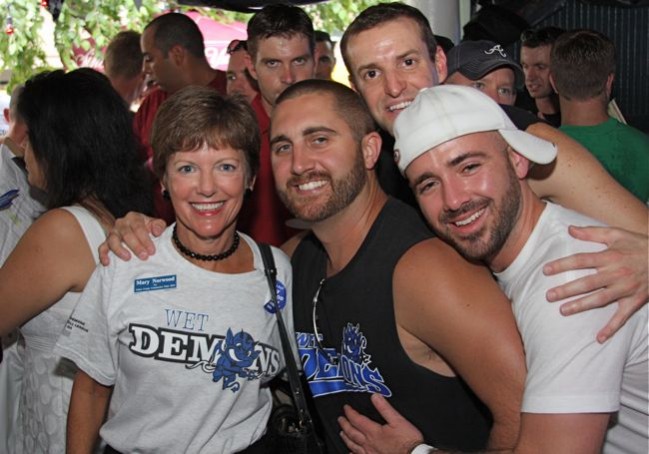 You can bet Mary Norwood won’t miss another deadline anytime soon. The one she missed July 2 has now officially killed her campaign. At least until she sues.

Despite Norwood’s plea during a meeting on Tuesday, the Fulton County Board of Registration & Elections voted 3-1 to back up what Chair Roderick Edmond said last week: Miss the state-imposed deadline for filing campaign paperwork and fee and you’re out. Period. 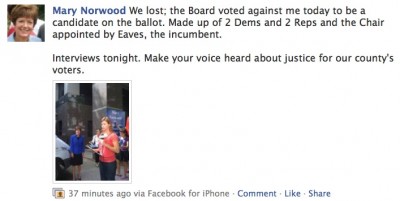 Norwood was hoping the board would set aside state law and keep her campaign for Fulton County Commission chair alive. Also Tuesday, she did meet the deadline for submitting about 23,000 signatures from voters to get her on the ballot. In fact, she dropped off about 30,000, though they hadn’t yet been verified by the board.

Norwood, the gay-loving and same-sex marriage friendly candidate who lost the mayor’s race last year, broke the news on her campaign Facebook page. She implied that it was the work of Chair John Eaves, who apparently appoints members of the elections board. You see, Norwood wants to unseat Eaves and she’s been calling political shenanigans since she missed the filing deadline.

Norwood has admitted filing her campaign paperwork past the deadline, but has yet to explain why or how it happened. She lawyered up and later argued that since elections officials knew her intent to run “for months” that they should put her on the ballot.

There’s no word from Norwood’s camp on whether she’ll take her case to court. She’s tried that once before and lost.