Mary Norwood is back and not running for mayor 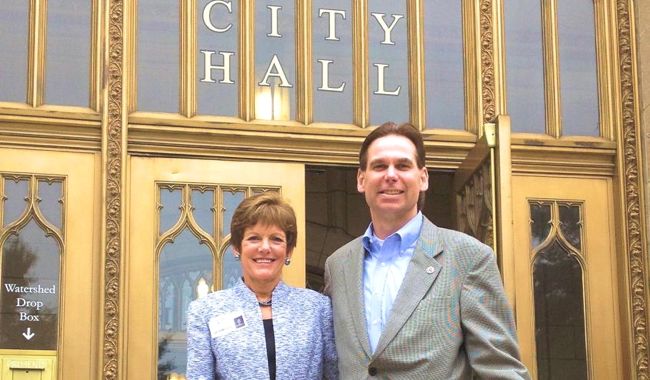 Drag queen hugging, bull horn toting Mary Norwood is back to doting on Atlanta voters and seeking out LGBT support, this time working to regain her seat on the Atlanta City Council.

Norwood, who would be mayor if not for lacking about 700 votes, went on an embarrassing campaign for anything she could find after her run-off defeat at the hands of Mayor Kasim Reed in 2009. Fulton County Commission chair. Atlanta police LGBT advisory board. Even Belle of the Ball at the Fenuxe Ice Party. She ultimately landed on the chronically messy Fulton County Board of Elections.

Now, she wants the Post 2 At-Large post she held for eight years. Its current occupants, Aaron Watson, sought (and received) gay support during his successful 2009 campaign. In December, he backed a City Council resolution supporting gay marriage, something Norwood did during the 2009 campaign.

She pitched her record of public service in a Friday blast to supporters.

I have the experience.  I have a proven track record of success.  I am committed to making your life in Atlanta the best it can be.  You deserve good value for your tax dollars.  You deserve quality city services.  You deserve City Council representatives who put you first.

Expect to see step-daughter Dorsey Norwood on the campaign trail, too. The lesbian campaigned for her in 2009.