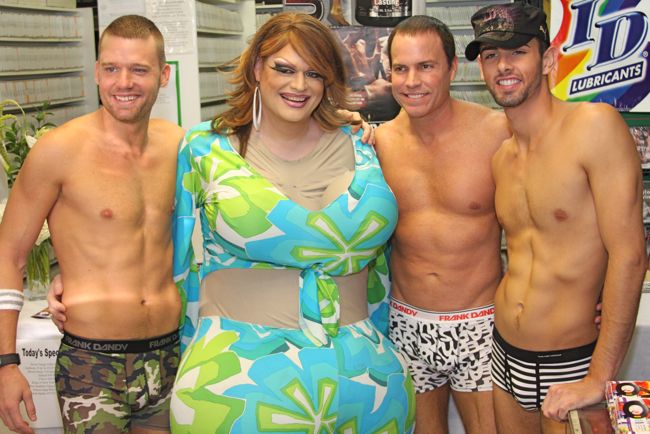 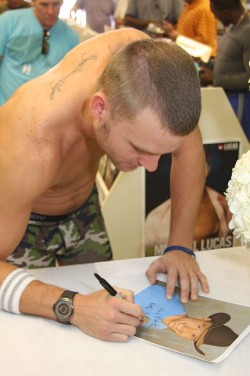 Three gay adult film stars and an Atlanta drag queen walk into an adults-only variety store. No, really. This isn’t the start of a joke. It happened last weekend.

The event was supposed to include just Daigle, the former gay cowboy contestant on “Big Brother 10.” But then Steel and Sparks joined the fun and made for a foursome unlike any Pitts has experienced. (Daigle talked with us ahead of his Atlanta appearance.)

The boys wore Frank Dandy underwear and would pull them off and sign them for a donation. Or fans could settle for an autograph and photo for a smaller contribution. The funds went to Pitts’ never-ending effort to raise cash for Jerusalem House and the Grady Infectious Disease Program.