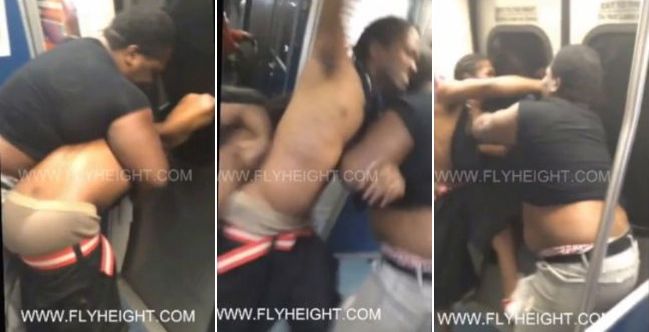 MARTA police arrested a 34-year-old man on Thursday and charged him with disorderly conduct for his alleged role in an attack on two transgender women last week.

Atlanta resident Luther L. Thomas (second photo), 34, was charged in the incident and booked into the Fulton County Jail, according to Lyle Harris, a MARTA spokesperson. MARTA says Thomas initiated the physical assault on Crosby. In a video of the incident, MARTA says Thomas can be seen wearing a ball cap with the letter “A” on it and is the person who throws a punch at Crosby. An arrest report was not immediately available Thursday evening. 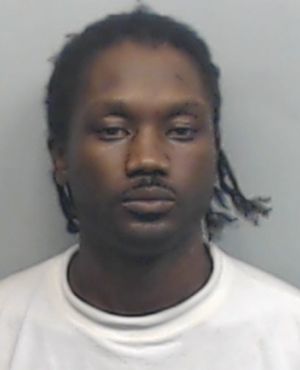 Janell Crosby and Tyra Woods were confronted by a group of men as they walked to the Five Points MARTA Station in downtown Atlanta early on May 20. The men followed the two women into the station and snapped photos of them while harassing them with transphobic and homophobic comments. The confrontation escalated on a MARTA train as Crosby repeatedly told the men to stop. Then one of the harassers physically attacked Crosby while another man charged Woods, who was stripped of her clothes.

“The investigation into this incident is ongoing. We are still identifying witnesses and participants,” Harris says.

MARTA police officers responded to the incident, but the investigation has been hampered by uncooperative witnesses and victims, he says.

“We have since tried to interview some of those involved, including the victims, and they have not been cooperative. We couldn't find anyone that night,” Harris says.

“We did get a report that there was a fight on the train, but officers tried to speak to the victims and those involved. We haven't been getting the kind of cooperation that would enable us to complete this investigation more quickly,” Harris adds.

Crosby claimed in an interview with the GA Voice that she attempted to report the incident to a MARTA police officer, but was rebuffed. Harris said MARTA's investigation disputes that.

“That does not appear to be true. We have no reason to believe that was the case,” he says.

“The mayor condemns hate crimes of any kind and is committed to the equal rights and equal treatment of Atlanta’s lesbian, gay, bisexual and transgender residents, workers and visitors. The City’s non-discrimination laws were recently amended with the Mayor’s full support to include gender identity as a protected class,” according to a statement from Melissa Mullinax, a city spokesperson.

“The incident on the MARTA train is disturbing. We understand that MARTA is conducting a thorough investigation and we look forward to the authorities bringing those accountable to justice,” she adds.