Marriage isn’t smooth sailing. Are you Gutted, Lazy or Stigma-rant? 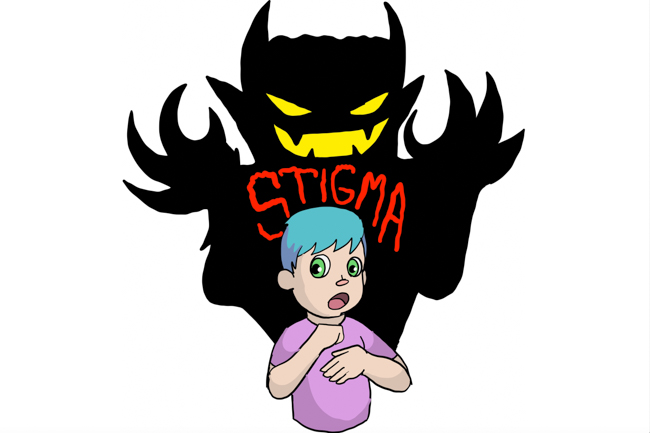 In marriage matters, committing to one another is the first step, but far from the last. Issues arise no matter the stage of your relationship, and a little good advice can go a long way.

My partner and I are both HIV positive and undetectable. Having the same status takes stress off our sexual encounters with the other poz guys we hook up with.

Since we already have the virus, we know the worst is done, and we can’t give it to each other or anyone else. But now this third guy we recently invited into our bed has us questioning the occasional “slips” we make into dirty sex.

He says we have to still act as if we are neg and be super safe because there’s other stuff “worse” than HIV/AIDS. What is he talking about?

So many myths, so little time. Thanks for the opportunity to discuss some common misconceptions, even among people who’ve been around the poz block.

First, let’s stop thinking of sex acts as “dirty” or “clean.” The stigma wreaks havoc on lives and self esteem. Without judgement, it’s fair to say many people consider and engage in condomless sex, so no harm no foul on that note.

You’re partially right about HIV: People with undetectable viral loads have just about zero chance of passing it on. And while it’s possible to contract multiple strains of the virus, “superinfection” isn’t a thing – more than one strain doesn’t advance the progression of your infection.

Still, it may be harder to treat if one strain becomes resistant to meds, and harder to get rid of multiple strains when cures begin to appear for one of the ones you have. The CDC says we’re within years of the first “remission” and hot on the trail of a final answer.

What your new friend may know that you don’t is that Hepatitis C is now officially a bigger threat, especially to men who have sex with men. You’re statistically more likely to get it than HIV, and it’s the biggest killer of all infectious diseases in the U.S. What’s more? It’s harder to treat and more dangerous if you’re also HIV-positive.

Things have been pretty bad with my wife for a while. She takes out her frustrations on me, and I’m past my breaking point.

Recently I lost my job, and she has treated me differently ever since. While drunk, she told me that she doesn’t care if I stay or go. She tried to walk it back, but I’m sick of this pattern of behavior. I will always love her, but this is no way to live.

We’re taking a couple of weeks apart to figure out what we want. I believe marriage means making someone your family, so if we can fix it, great. Of course, it takes two, and my faith in her to do her part is nearly gone.

Most of all, I feel like a fool. I walked away from a life I loved to be with her. Now I feel like I did it all for nothing and wasted my time.

Relationships are work, and no matter the duration, those chores are never done. Still, it’s painful when one party does all the work while the other is cruel and lashes out. It's difficult, but you can take some relief in seeing her for who she is so that you can act accordingly.

Your decision to respect your marriage enough to give it another shot is admirable – if she’s willing to work with you. Open communication and a commitment to real change from both of you might leave you some hope.

If she’s not in it with you, though, the writing is on the wall. She may be pushing you to make the final decision that she's afraid to make. Beyond her manipulations and emotional abuse, it sounds like she doesn’t know what unconditional love is. People lose jobs. Shit happens. Hello? “For better or for worse” much?

It’s sad, but rest assured it’s a reality you can deal with, grow and move past.

As far as feeling embarrassed, don’t. None of what you had before your relationship is lost. In fact, this experience just adds to your story. Your former life can be regained. You gave love a shot and were willing to fight for it. These are very non-foolish things to know about yourself; let them empower your path forward.

My relationship was so good once!! The excitement is gone! How can I get it back!?!

Dial back the exclamation marks, turn down the volume, and listen – to yourself and what you really want, as well as your significant other’s deepest desires. If there’s a chance to work it out and spice things up, it’s together.