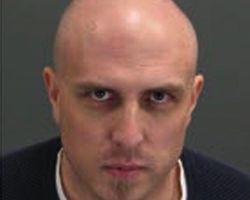 Michael Macaluso (photo), 38, of Marietta now gets to call himself a convicted sex offender instead of a chiropractor and martial arts instructor. At least in 30 years when he’s out of federal prison. U.S. Attorney Sally Quillian Yates prefers to call him a “child predator.” At least she did on Friday.

That’s when U.S. District Judge Richard Story sentenced Macaluso to serve 30 years for coercing and extorting teenage males, ages 14 and 15 in New Jersey and Connecticut, into swapping increasingly graphic photos before convincing them to do videos. Macaluso posted some of the videos online. Sometimes he posed as a teen girl; other times as a guy. In one case, he threatened to show the nude photos to the teen’s high school classmates. In a second case, he schemed to convince a teen to film a gay sex scene. In both incidents, the teens went to police.

When Macaluso was arrested in April 2009, police found his computer stocked with thousands of images and videos of teenage males, some nude and others engaged in sex. Others involved masochistic acts. At least one other victim has been identified, Yates says.

“This defendant personifies what should frighten every parent should be afraid of: someone masquerading on internet social media, such as Facebook and MySpace, as an innocent, curious teenager looking to make new friends,” Yates said in a prepared statement after the sentencing. “In reality, he was a child predator seeking to cajole minors into sending him pornographic images of themselves. This type of exploitation of children and their social media is yet another tactic used by child predators.”

It’s not the first time Yate’s office has mixed with MySpace and gay sex. Last year, former Atlanta physician Adam Lebowitz was sentenced to nearly 30 years in prison also used MySpace to cruise for sex with teen boys, videotape the encounters and post them online. Lebowitz was arrested in 2006 when he arranged to meet a 15-year-old boy in Coweta County and had a sleeping bag, condoms, lube, hospital scrubs and a camera with him.