Marietta Rainbow Fest gets its Pride on [photos] 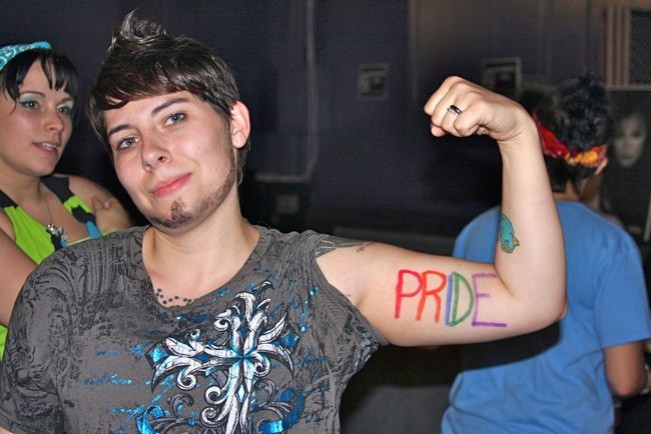 The outskirts outdid themselves on Friday and Saturday as the second annual Marietta Rainbow Festival gave the OTP-LGBTs—and plenty of visiting Atlanta gays, too—their very own Pride.

A full roster of day and nighttime activities set the mood at the vastly expanded LeBuzz space with more than 20,000 square feet to do it in.

“Attendees will be able to shop, listen to DJs from around the city, see even more entertainers perform, and have fun with the kids in another dedicated space as well,” organizers told us before the event.

The goal was to out-perform last year’s inaugural festival, which hosted 60 performers and an estimated 2,500 people in just one day. North Georgia Rainbow Coalition President Johnathan Murphy says this year blew it away.

“We did it again,” Murphy exclaimed on Facebook hours after the final curtain fell on the 2011 event. “We surpassed every goal and then some.”

Lesbians, gay men, trans folks, straight allies and the whole queer village of every age, creed and color tasted the rainbow. Our cameras caught up with the crowd on Saturday night after the Pride revelers had plenty of time to get the kids home from a full day of carnival-inspired activities and get good and cocktailed.

The party intensity was at fever pitch by the time drag kings and queens and other entertainers took the stage for the Divas Cabaret, which named longtime drag queen Heather Daniels as the festival’s 2012 Grand Marshal for next year.

And Murphy’s already thinking about next year.

“I guess there are 363 days to figure out how to triple it this time,” he added. “Maybe a three-day event, a parade, more everything! Power nap first, though.”

In addition to all that Pride revelry, Project Live Love was the 2011 beneficiary of the event. The non-profit aims to engage, network and mobilize people who are “motivated by love,” and the Rainbow Coalition pledged 40 percent of Marietta Rainbow Festival proceeds to the cause.