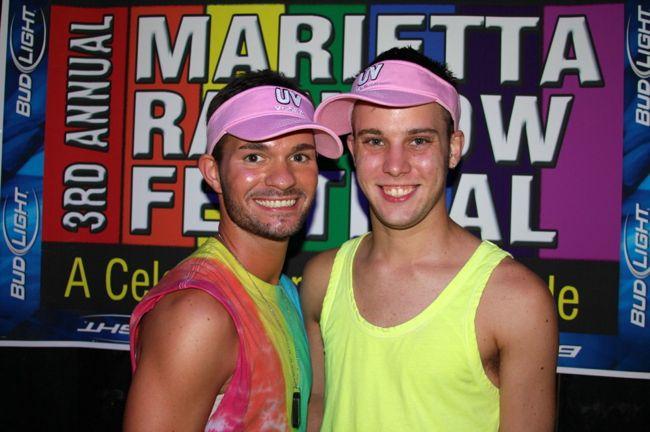 Figuring that the optics of bromancing with Brushstrokes might not be so good right about now, organizers of the upcoming Marietta Pride dropped the gay-owned store as a sponsor.

The North Georgia Rainbow Coalition, proud producers of North Georgia Marietta Pride, have decided to discontinue our relationship with one of our Platinum Sponsors, Brushstrokes. Due to recent events involving our former sponsor, our governing board feels it would be inappropriate to continue a relationship at this time.  Our first priority is and always will be the reputation of our organization, the charities we support, and our other business affiliates.

Several advertisements for the event placed with local media cannot be changed, as publications have already gone to press.  Likewise, the Official Program Guide for the 2013 North Georgia Marietta Pride is scheduled for release this week and can also not be changed. We apologize in advance for any confusion this may cause.

We have no further comment on circumstances surrounding our decision. Our Mistress of Ceremonies, Ms. Chi Chi LaRue will appear on both July 26th and 27th as scheduled, at all planned events, courtesy of LeBUZZ and hopefully other contributors.