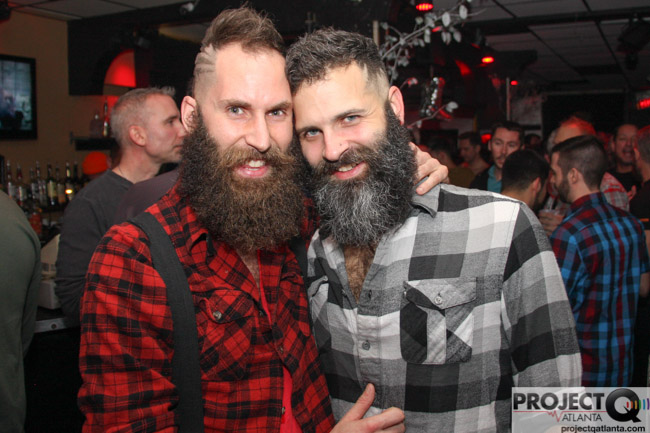 ManShaft gathered its boys with beards, bears and lumberjacks for a sexy logjam on Saturday as the popular dance party series returned to Heretic.

Fueled by DJs Diablo Rojo and Eric, the Lumberjack Edition of the quarterly event filled the club with furry chests (and faces), skull caps and plenty of plaid.

ManShaft last did its lumberjacks in March 2016. In September, it was blue collar sexy and military men reported for duty in May.

When the world goes mad, what are business owners at the heart of the Edgewood party district to do? Make changes that are fun...
Read more
Arts & Culture

Blogger Matt Hennie is the founder and managing editor of Project Q Atlanta. He’s a longtime Atlanta resident who’s worked in journalism since his days as a Purple Paladin at Furman University in the early ‘90s.Violent crime in Atlanta went down. And I say that with a straight face only because the statement comes with the stamp of approval from the FBI.More after the jump.