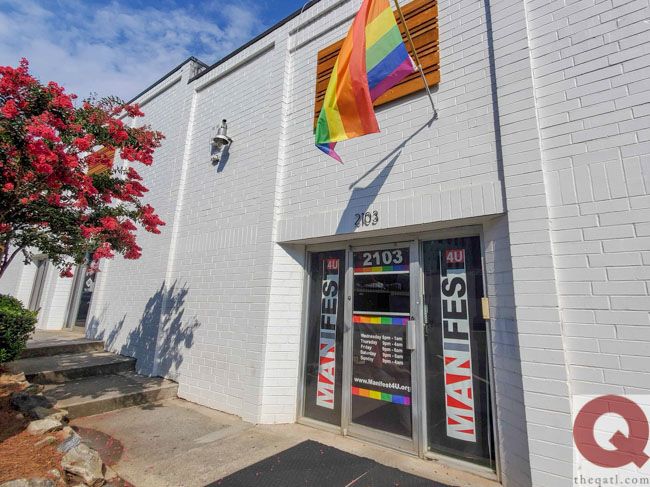 Manifest is closing its doors after nearly a decade tucked inside a warehouse district off Cheshire Bridge Road that once housed several LGBTQ businesses and organizations.

The last day for the gay male sex club is June 29, just a few weeks shy of its 10th anniversary. Manifest said it will reopen within a few months at a new facility, according to a press release. But the business won't say where it's moving or if a new home has already been secured.

“That’s partially true, but quite simply, our lease has run out,” he said in the press release. “We are not being forced out by government action or any other pressure. We are simply taking advantage of this opportunity to create the best new location we can for our membership base.”

After Manifest moves, that will leave only one LGBTQ-owned business – Gravity Fitness – at the complex. LGBTQ business owners expressed confidence in 2016 that their businesses would remain when a developer bought the property.

But sex club Eros closed in January 2017 with plans to reopen in a new space, according to a message on its Facebook page. But they have not reopened more than two years later.

And as apartments were built a few feet away, gay nightclub Jungle was pushed out of its home just a few doors down from Manifest. The club said goodbye with a big closing party on Nov. 11, 2017.

New Covenant Church of Atlanta, which was also housed in the same building with Manifest and Jungle, moved to Eastland Road in southeast Atlanta in March 2018.

Manifest management said the unnamed new location will offer more services and space. The Faulkner Road location had limitations, Swicord said in a letter to members.

“Over the past year we have been looking to expand the clubhouse and add new and exciting features that allow you to enjoy yourself completely, here at Manifest4U,” the statement said. “Unfortunately, we have been limited due to space constraints and limited expansion opportunities.”

Manifest memberships will be suspended during the transition, and current members will be emailed about preview events in the facility, Swicord said.

A Manifest founder, identified as Louis R. in a statement, struck a positive tone about the move.

“Since turning over the helm to Paul five years ago, I have watched as the baby I gave birth to grew and evolved over time,” he said in the press release. “It’s exciting to see what the next evolution brings.”