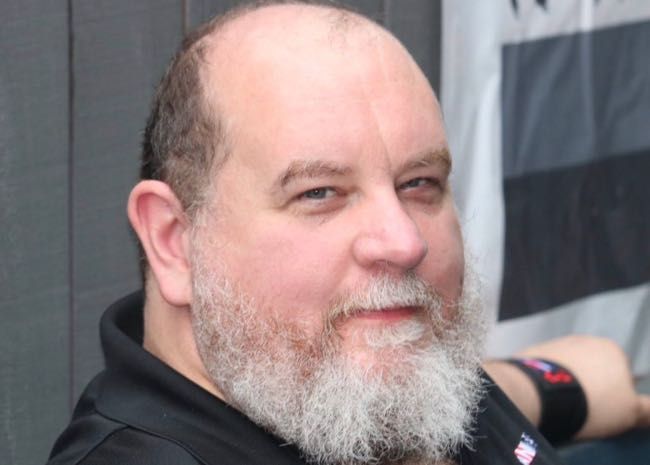 “We wanted to be able to get the people who don’t normally come to a sex club a chance to come in and see what Manifest is all about. To realize that it’s not the dark, seedy place that most people envision,” said Paul Swicord (photo), Manifest’s executive director. “They can come in, keep their clothes on, enjoy some art and get to see what the place looks like on the inside.”

Visitors will also hear about an issue Swicord said comes straight from club members – the need for a free or low-cost PrEP clinic in Midtown. While Manifest has supported other causes affecting LGBTQ people in the past, it's done so in the background. This time, the club is taking on a more forward-facing role.

“Manifest doesn’t necessarily need to be a political place. Our members want to come in and have fun and not focus on most issues of the day,” Swicord said. “But we’ve had a number of members report to us that their doctors refused to issue PrEP, their doctors don’t know enough about PrEP, or they know what it is and refuse to issue it on moral grounds.

“Rather than shaming our members and such, we know that we need to protect them. That’s what led to a lot of the bad stuff related to HIV and AIDS — slut-shaming AIDS patients and stuff in the early days,” he added.

Swicord said the need for a PrEP clinic in Midtown grew after Positive Impact Health Centers moved from West Peachtree to Decatur in November. While the organization conducts HIV testing, referrals and informational sessions about PrEP at Manifest each week, the need still persists, Swicord said.

“We’re also hearing that members are going to different [AIDS service organizations] in Midtown and they’re being told that they don’t fit the demographic that they’re targeting and therefore they won’t support them on their PrEP program — their PrEP program is full,” he said.

Swicord said the PrEP clinic portion of Saturday’s party will involve talking about how to tackle the issue, looking at what has been done and what can be done.

They hope that the creation of a Midtown PrEP clinic can be accomplished through existing HIV/AIDS organizations, but they haven’t ruled out the possibility of creating a new organization, Swicord said.