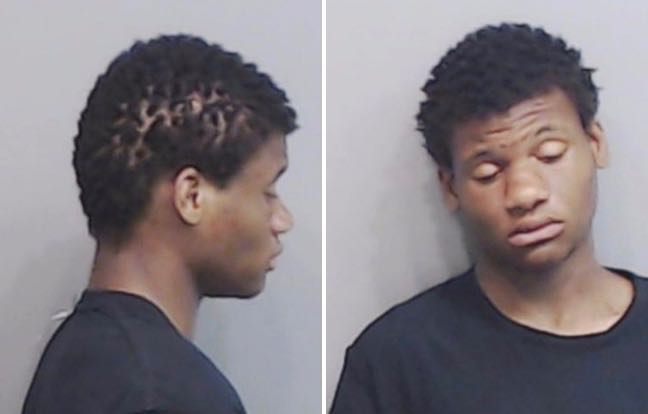 The man convicted of robbing an LGBTQ advocate at a 2017 march for transgender rights in Midtown was arrested again and now faces child molestation charges.

There were four separate victims in the case, Det. Jennie Lawson told the LaGrange Daily News.

“The incidents were reported to us,” Lawson said. “We had to locate him and then were able to take him into custody.”

Lawson declined to provide the ages or genders of the victims to Project Q Atlanta, citing privacy concerns.

Hardnett (photo) was arrested in July 2017 for assaulting and robbing Charlie Stadtlander, an LGBTQ advocate and then-candidate for the Atlanta School Board. Stadtlander was taking part in a rally and march opposing President Trump's ban on transgender people serving in the military. Hardnett stole Stadtlander's phone, kicked him and threatened to “shoot all the faggots,” according to Atlanta police.

“When I looked up, the person who robbed me stopped right in front of me. He called me a faggot and snatched my phone out of my hand at the same time,” Stadtlander told Project Q Atlanta at the time.

“He said he had a Glock and he said he was going to shoot all of us faggots,” Stadtlander added.

Hardnett has a lengthy criminal record dating back to 2014, including arrests for attempted armed robbery, battery, theft, probation violation, trespassing, disorderly conduct and aggravated assault, according to the Fulton County Sheriff’s Office.

Cobb County police launched a search for Hardnett in 2012 after the 16-year-old jumped out of a special needs school bus, according to Patch. He was located in good condition a day later while walking on the Marietta Country Club golf course.