A man was stabbed twice in the stomach early Saturday in Piedmont Park, the second stabbing in 10 weeks inside the gay-friendly venue.

The stabbing about 3:30 a.m. on Saturday came after the man and his assailant were in an altercation, investigators told WSB TV. The unidentified victim was take to Grady Hospital where he was expected to undergo surgery.

The attack comes 10 weeks after a gay man, Patrick Boland (photo), was stabbed and killed inside the park. Both attacks came when Piedmont is supposed to be closed, but often serves as a cruising ground for gay men. 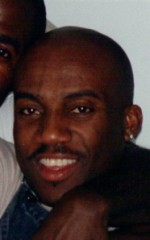 The Atlanta Police Department initially portrayed Boland’s as little more than a gay man stabbed to death while out cruising for sex. But six weeks later, investigators said the case was going slow and asked for the public’s help.

No arrests have been made in Boland’s murder or in the nearby stabbing of a second gay man that took place a few minutes later. The police department’s approach to Boland’s murder on May 28 stands in sharp contrast to their high-profile approach to the shooting death of boxer Vernon Forrest on July 28. Within days, police arrested two men in the case and said they expect more.

It took six weeks for investigators to reach out to the public in Boland’s killing. In the stabbing on Saturday, police said it was unclear if the victim knew his assailant. No arrests have been made, according to the Atlanta Journal-Constitution.