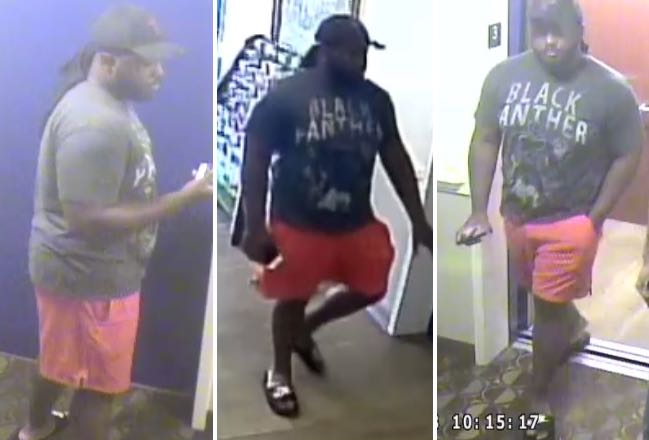 Cobb police are searching for a man who allegedly sexually assaulted another man after the two chatted on a gay social networking app and met in a Marietta hotel room.

On Tuesday, police investigators asked for the public's help to identify a man likely in his late 20s who sexually assaulted the victim within minutes of the two men communicating on the phone app.

The two men met on the app on the morning of Oct. 7. The victim told police that within five minutes of the two men chatting, they met at the Intown Suites on Roswell Road in Marietta. The victim said he was then overpowered by the man and sexually assaulted, according to Cobb police.

“We are hoping someone in the public can help us out with this one before this guy strikes again,” Cobb police Sgt. Wayne Delk told Project Q Atlanta.

Police would not release the victim's age or say which gay cruising app the men used. But police did release images of the suspect as he entered and left the motel (top photos). A time stamp on one image indicates the suspect left the hotel about 10:15 a.m. The victim reported the alleged sexual assault in person at Cobb police headquarters about 11 a.m., Delk said.

The suspect is described as a 26-30 year old African American male with a medium to dark complexion, 5'10″-6'0″ in height, and weighing roughly 200-230lbs. On the day of the incident the suspect was wearing the below pictured clothing and had a full beard that was short in length.

Anyone with information about the suspect is asked to call Cobb police at 770-499-3945.