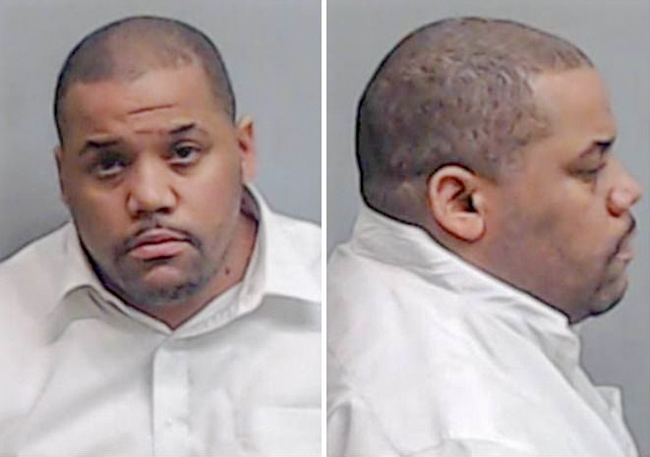 A Fulton County jury convicted a man for rape after he gained his lesbian victim’s trust by claiming he was gay, then lured her to his home and attacked her.

Taurence Callagain (photo), 36, met the victim at the H.E. Holmes MARTA Station in 2015, according to a press release from Fulton County District Attorney Paul Howard. They got to know each other after riding the same train and eventually exchanged numbers.

“The victim is a lesbian and has a female partner who she was in a relationship with when she met the defendant,” according to the press release. “Callagain led the victim to believe he was gay, so she was under the impression that their relationship was strictly platonic.”

That September, several weeks after the pair first met, the victim missed the final MARTA bus of the night and Callagain offered to give her a ride home to her apartment, prosecutors said. Callagain told the victim he needed to stop by his house to pick up some marijuana, but when they arrived, he began to strangle her and violently rape her.

Callagain told the victim during the attack that if she tried to fight him off or scream, he would “get my boys to come in and hold you down,” according to the press release.

The victim heard another man’s voice in the house and was “terrified” Callagain would do as he said, according to prosecutors. The victim eventually escaped Callagain’s home and ran three miles to her apartment, then sought treatment at Atlanta Medical Center and called police.

The victim accurately described Callagain’s home, and her underwear was found in his hamper, according to prosecutors. Callagain told police the sex was consensual. He was arrested and booked into Fulton County Jail the following month, according to the Fulton County Sheriff's Office.

He was indicted in May 2017, and a jury found him guilty of rape on Friday. He was booked into Fulton County Jail that day. Superior Court Judge Eric Dunaway will sentence him at a later date, according to the press release.

Callagain was arrested for aggravated assault strangulation and simple battery in Atlanta in October 2016 while out on bond on the 2015 rape charge. He was released the following month on a $5,000 bond, according to the Fulton County Sheriff’s Office. That case is open and still pending, according to a spokesperson for the DA's office.